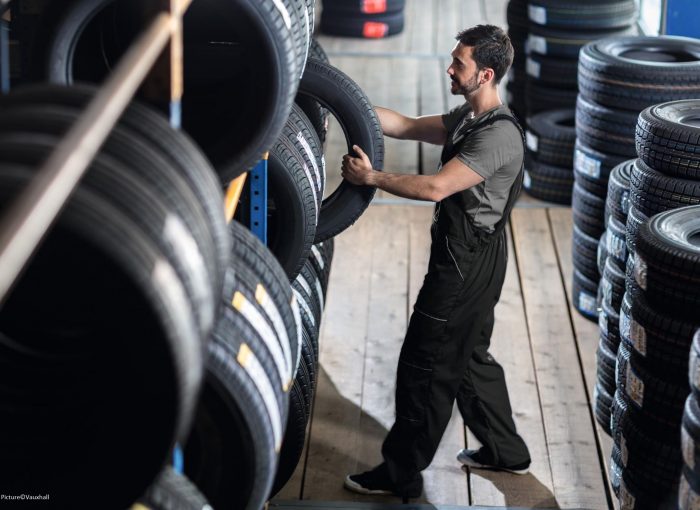 The 1.6mm question is a very good one and one to which there isn’t really a right answer, in our opinion.

Tyres are critical for road safety

We’ve said it before but it’s worth repeating: tyres are the only physical link a car has with the road. The better condition tyres are in and that means the more tread they have, the safer they will be (assuming they’re properly inflated).

The argument for 1.6mm

The most important thing is that the chemicals and energy used in making tyres are not finite resources. It therefore makes sense to use them for as long as you can and get as much wear out of them as possible so that new tyres don’t have to be made.

There are various practical reasons why keeping a tyre until it reaches its legal minimum tread depth make sense too. A tyre that is approaching 1.6mm of tread uses less fuel because there’s less rubber in the tyre to heat up. Dry braking performance is better too because the tread blocks are smaller and don’t move as much.

Last but not least, more worn tyres are quieter because there’s less air being displaced by the tread blocks.

There is also the question of economics. Changing a tyre at 3mm rather than 1.6mm means you’re missing out on 20% of the tyre’s possible wear. Over a lifetime, that means you’re changing tyres more frequently than if you stick to the 1.6mm rule.

The argument for 3mm

For example, tests by Michelin (a fan of sticking with tyres until they reach the legal minimum) show that it took a new mid-range tyre 19.2 metres to slow from 50 to 12mph in 1mm of water. In the same conditions, a budget tyre took 22.7m. But tellingly, a worn mid-range tyre only needed 22.1m while a worn budget tyre used a whopping 27.6m to slow.

Nonetheless, the more tread depth tyres have on them, the safer they will be. And if they help you to avoid an accident, that means you’re less likely to have to make an expensive insurance claim.

As we’ve seen, making tyres uses energy. But it’s not true to suggest tyres can’t be wholly recycled. Tyres are banned from landfill (at least in the UK) and that means they have to be reused. That might be separating the raw materials such as the steel and fabric belts and using the rubber for new tyres. Or it might be as a material for retreading truck tyres or even as the spongy surface for kids’ playgrounds.

Personal safety and that of those around you versus the planet. It’s a tricky dilemma and one we wouldn’t like to answer definitively other than to say it’s a very personal choice.