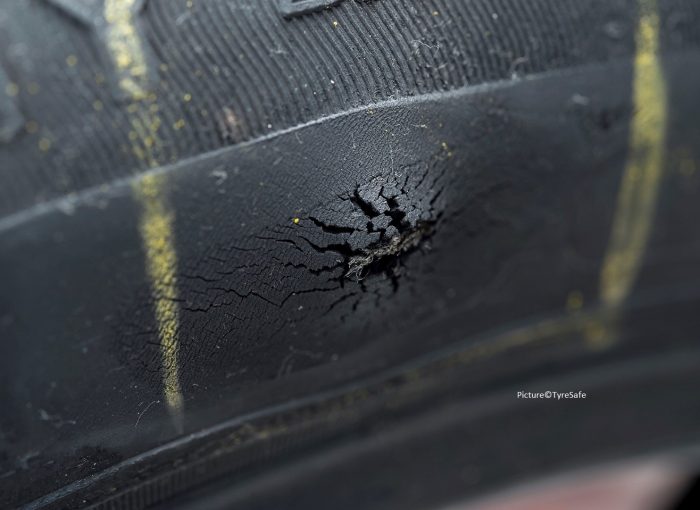 One thing we never really think about is the age of the tyres on our vehicles. For most of us this doesn’t represent a massive problem. Our car’s rubber usually last 20,000 to 30,000 miles meaning most of us will replace them long before they become 10-year old tyres. But for some of us, ageing tyres could be a problem.

Will 10-year old tyres be made illegal?

No, not on normal passenger cars ‑ at the moment. But on 15 July 2020, the government revealed that it was outlawing tyres aged 10 years or older on the front wheels of lorries, buses and coaches and on all wheels of minibuses.

This came about following a coach crash on the A3 in Surrey in 2012. Three people died as a result of a 19-year old tyre failing on the coach. The government then commissioned research into the role of age in tyre failure. This found what the tyre industry has known for years: ageing tyres have an increased chance of failure.

Why is tyre age a problem?

Tyres are built with anti-ageing chemicals in their ingredients (known as a compound). These are brought to the surface when the tyre rotates, enabling them to do their work and protect the tyre from the effects of weather and the sun.

However, if tyres aren’t used, these chemicals stay submerged and can’t do their job properly. This ends up with the tyre suffering from cracks in the surface. When liquid gets into these cracks it corrodes the metal bands that make up the tyre’s structure. The result can be an unexpected tyre failure or blow out.

How do you stop tyres ageing?

You can’t. However, you can slow down the effects on vehicles that aren’t used that often. This might include motorhomes, caravans and sportscars. Experts at tyre maker Continental recommend that drivers take cars that are infrequently used out at least once a month. This will help bring the anti-ageing chemicals to the surface of the tyre so they can protect the tyre from harmful UV rays in the sun.

What about road car tyres?

As we said earlier, it’s highly unlikely that car tyres will be in use for longer than 10 years. But if your tyres are 10 years or older, it makes sense to change them, even if they are still within the 1.6mm legal tread depth limit. Tyre maker Continental recommends that 10-year old tyres or older are replaced.

We explain how you can tell the age of your tyres in this post. It’s also worth remembering that although it’s not illegal to have tyres that are 10 years or older, if they have significant cracks in the sidewall, then they are considered to be illegal.

Any damage such as cracks or bulges in the sidewall will result in an MOT failure. This is because they can be a sign that the internal structure of the tyre is damaged and could be about to fail. If that happens it could result in a blow out or even an accident.