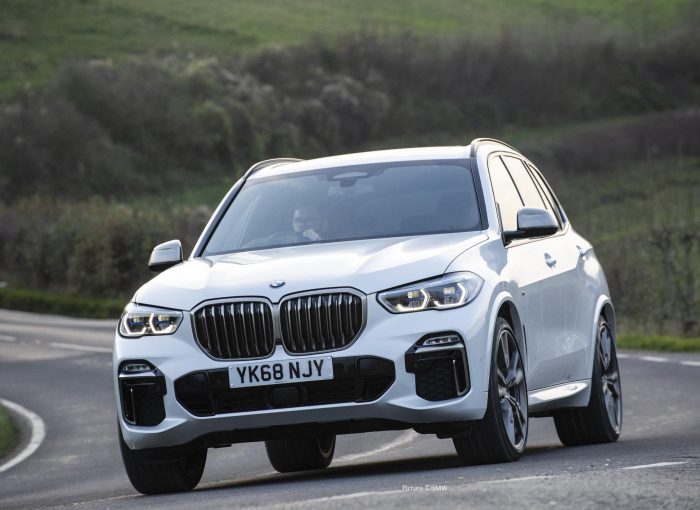 AdBlue is designed to reduce harmful exhaust emissions from diesel engines. If your car runs out of it, the engine won’t start. Here’s all you need to know about AdBlue, including how to fill up yourself (it’s frequently very simple) and why your car won’t work without it.

This is a colourless liquid. Ever-more diesel-engined cars use it to reduce poisonous emissions. It’s approximately two thirds demineralized water, one third automotive urea. In many cars that use AdBlue, you add it to a tank in the car, rather as you might fill up with fuel or windscreen washer liquid.

Ever more stringent emissions regulations mean manufacturers have had to investigate different ways to reduce the harmful gases their cars produce. To comply with the latest Euro 6 which demands that diesel cars limit the amount of nitrogen oxides (NOx) they produce, car makers have turned to what’s called Selective Catalytic Reduction (SCR).

This is where a tiny amount of urea is injected into a diesel car’s exhaust fumes. The harmful NOx gases are transformed into harmless nitrogen and oxygen. The technology is well proven and has been used in lorries and coaches for around a decade.

How much AdBlue does a car use?

Although this product isn’t a fuel additive, the harder you drive and the more fuel you use, the more AdBlue is injected. Manufacturer GreenChem estimates cars such as a Vauxhall Insignia will use 1 litre every 620 miles. A heavier SUV or MPV such as a Vauxhall Zafira will drink 1.5 litres every 620 miles. A fill up with AdBlue should last from one service to the next. If it doesn’t, it’s not the end of the world.

How do you know if your car has AdBlue? 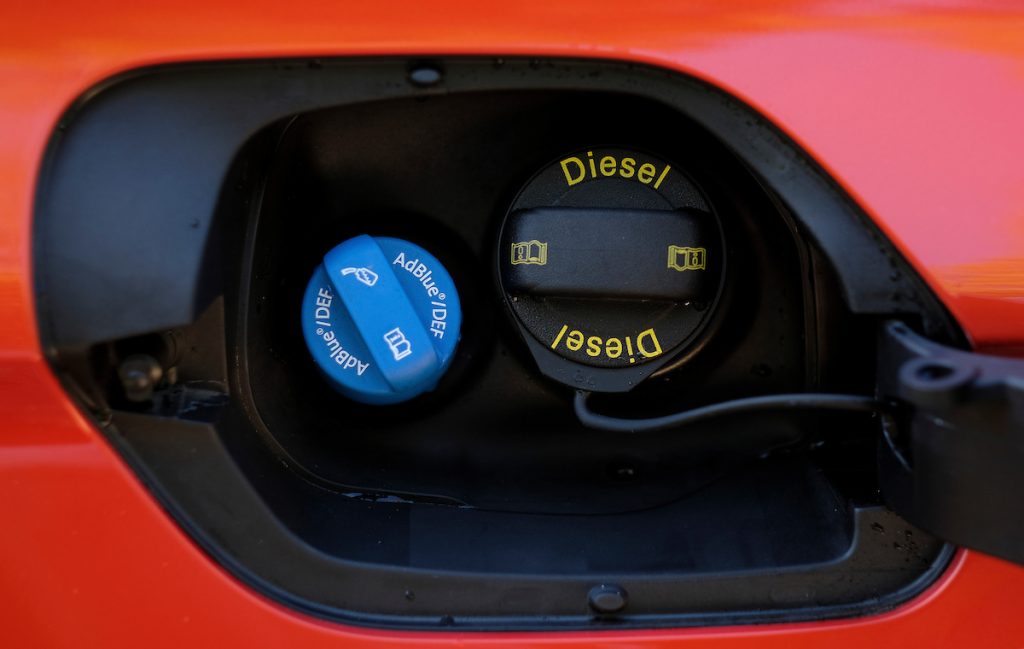 First port of call should be the user manual to see if the car has SCR. Otherwise, you may have noticed a blue fuel filler cap (above) somewhere towards the back of the car.

Can you fill it up yourself?

That depends on the car. First, consult the user manual. With some models, there’s a second filler cap. This can be located next to the main fuel cap. Or it might be in the boot. If either of those is the case, you can top up the AdBlue yourself. However on some cars, the additive tank is hidden beneath the car. You need to take it to a garage to have the tank refilled.

How do you fill it up?

The AdBlue refill comes with a special spout that plugs into the car’s filler cap. This enables you to top it up without wasting any of the liquid. You simply pour it in. The car’s computer should tell you how much additive you need to fully replenish the tank. Although it’s a non-toxic liquid, AdBlue is an irritant. If you get it on your skin, you should wash it off immediately. It’s the same story with paintwork: AdBlue is corrosive and can damage it.

Where do you buy it?

AdBlue is available from most motor retailers and filling stations. It costs around £3 a litre and as with most things, the more you buy, the cheaper each litre becomes.

What happens if you ignore the warnings?

Your car should have an electronic indicator on the dashboard to tell you how much AdBlue you have or haven’t got. This will warn you when you get down to around 1500 miles-worth giving you plenty of time to fill it up. If you ignore these warnings, the car won’t simply stop but engine performance may be limited. This is because the engine will reduce its output in order to reduce its emissions because the additive can no longer do that job. If you turn the engine off, it may not start again until you’ve topped up the additive’s reservoir.

What about if you put AdBlue in the wrong tank?

Whether you put AdBlue in your diesel tank or diesel in the AdBlue tank, don’t start the engine. It’s rather like misfuelling: mixing AdBlue with diesel could damage the engine’s delicate internals. A drop of diesel with the AdBlue could affect the Selective Catalytic Reduction process. If either happens, seek professional advice.