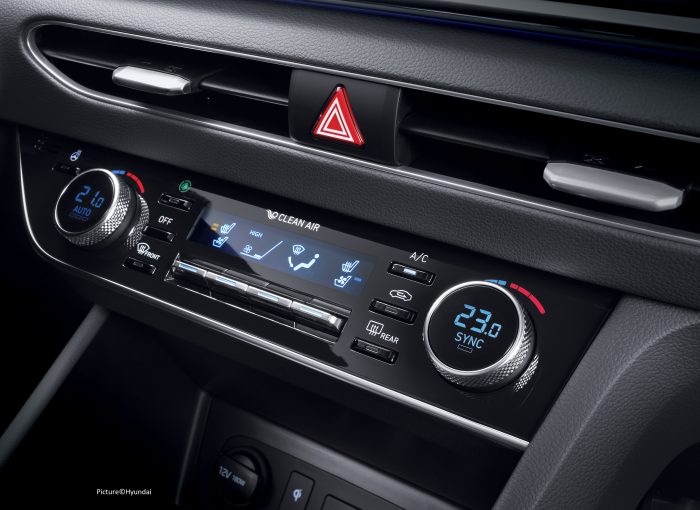 We take air conditioning for granted but it’s far from simple. The evaporator is a vital part if your system is going to work properly. Read on to find out more.

What does the evaporator do?

At its most basic level, air conditioning pulls heat out of the air that passes through it. If you think of your air con as a band, the evaporator is the lead singer/song writer. If it’s not performing properly, the rest of the air con might as well pack up and go home.

How the evaporator works

Car air con uses a refrigerant gas. But for this to work the system’s compressor must turn it into a liquid. This liquid flows into the evaporator coil. As the warm air passes through the fins of the evaporator, the refrigerant absorbs the heat. The cooled (or conditioned) air is then pumped into the car’s cockpit. The

Where does the evaporator live?

Ever wondered what goes on beneath the dashboard? One of the things is the air conditioning evaporator. It lives here because a) there’s room for it and b) that way the cooled air has the shortest possible distance to travel (and pick up heat again) before it gets to the car’s cockpit.

Once the refrigerant has absorbed the heat, it evaporates, turning back into a gas. That’s where the part gets its name from. The evaporator collects the moisture drawn from the air and it drips out of the bottom of the car. It’s why on hot days, you sometimes see a puddle forming beneath the car.

Are they difficult to replace?

The short answer is yes. In order to access the evaporator you have to remove the car’s dashboard. This means taking out all sorts of electrical and electronic equipment, dissembling the centre console, removing the instrument display, making safe and removing the airbags and taking the steering wheel off.

It can take an experienced mechanic anywhere between six and eight hours, even on a relatively small cheap car.

Is replacing the evaporator expensive?

Again, the answer is yes. If it takes eight hours and the garage charges £80 an hour (not unreasonable), it’ll cost £640 in labour alone. Then there’s the part. If you buy the evaporator from the manufacturer it’ll cost a lot, probably close to £1,000. You’ll probably be able to buy an aftermarket one for about a third of the price. But even so, once you’ve factored VAT into the equation, you’ll struggle to get the price in under £1,500.

Is it the evaporator?

Air con systems in cars are complicated things. If your air con packs up, you need to find out exactly what’s going on. The beauty of these systems is they’re sealed units. That means technicians can pump dye into the system. Wherever that appears is where the leak is.

Fingers crossed it won’t be the evaporator because it’s probably about the most expensive part of the system to mend.

Should you fix it?

Air conditioning is a nice-to-have rather than a must-have. We’d suggest replacing an evaporator depends on how much your car is worth.