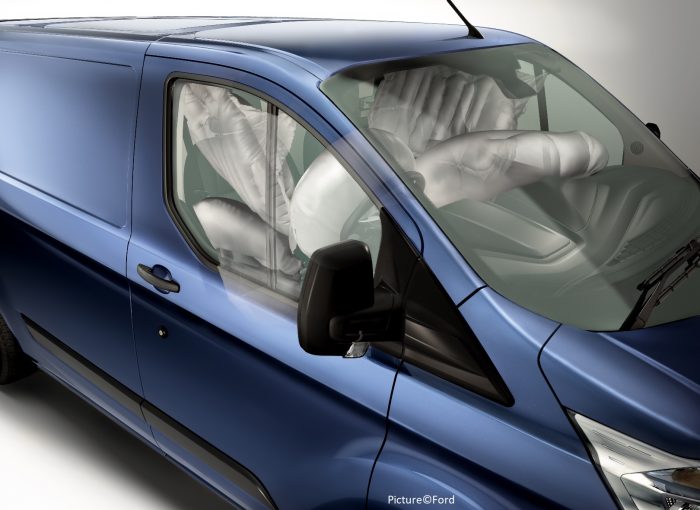 Airbags are one of the great inventions of modern motoring. They live concealed in your car until they’re needed. Then they deploy in milliseconds to potentially reduce injuries and possibly even save lives. Since the 1990s when they’ve been a part of everyday motoring, they’ve saved many thousands of people from more serious injury or worse. But are there any situations where airbags don’t or shouldn’t go off?

Actually no. Airbags are designed to go off in moderate to severe, frontal or near frontal impacts. The car should be going at more than about 14mph so they won’t explode if someone runs into you in the Sainsbury’s car park.

There are some situations where airbags either won’t (by design) or don’t deploy. They also won’t go off if you hit a pothole or a speed bump too fast. You might end up with a bent wheel but the airbag will remain intact. Then there are crashes that have little deceleration. For example, rear-end collisions and roll overs like our reader’s.

Why don’t airbags go off in rollovers?

Airbags are told to go off by sensors positioned around the car. There are sensors in the front corners of cars that detect impacts and sensors within the car that measure deceleration. In a rollover accident, the car might not hit anything or even slow down suddenly. After the driver has lost control, it may well keep going at initially unabated speed, even if it is upside down. This will prevent the airbags deploying.

There is a chance there was a fault with the airbag. This might have been due to recall work that hasn’t been carried out or it might be something else. There’s a government website here where all recall work is listed.

There have also been cases where cars have crashed and the airbags deployed but when the car has been repaired post-crash, they haven’t been replaced correctly. In other accidents, the wiring that controls the airbag might be severed during the crash. Or there might be a faulty sensor that doesn’t do its job properly and tell the airbags to deploy.

There have even been cases where the accelerant that ignites the airbags has been faulty, resulting in airbags not going off.

This depends on what really happened. We’d advise you have the crashed car checked by an independent inspector. They should be able to diagnose whether the airbag is at fault for not going off in the crash, whether there’s a maintenance problem with the airbag or whether the crash was such that the airbag couldn’t have gone off.

If it is a maintenance issue, whoever is responsible for that will be to blame. If recall work hasn’t been carried out for example, it might be the company that owns the car. Or it could be the garage that did any work resulting in the airbag not deploying.