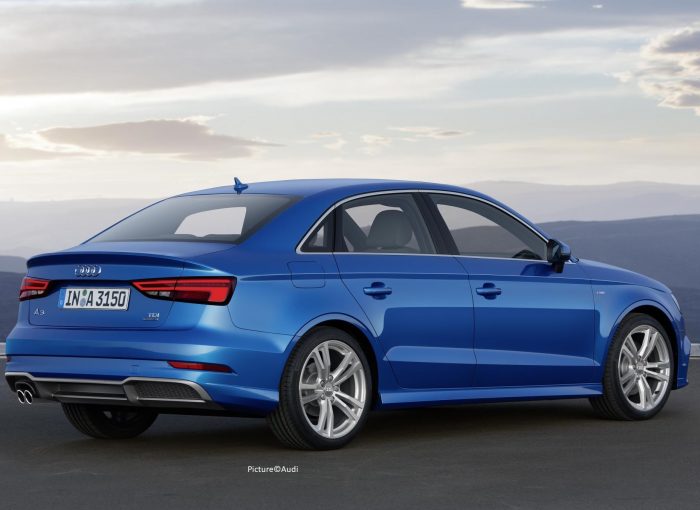 The Audi A3 was first launched in 1996. Based around the same mechanicals as the Volkswagen Golf and SEAT Leon, it went on to become a best-seller for the German brand. Initially it was available as a three and five-door hatchback (more recently called a Sportback); latterly you can buy it as a four-door saloon and even a two-door cabriolet.

If you’re looking at the BMW 3 Series or Audi A4, you might be pleasantly surprised at how similar the A3 Saloon is. And it’s cheaper too.

Although Audi is frequently considered a prestige brand, there are plenty of A3s available. It’s a decent looking and practical car that’s very easy to live with and features a wide range of engines. If you’re looking for the hatchback version, you’ll be spoilt for choice. However, the saloon version is more niche and a bit thin on the ground.

We’ve set a nominal budget of £12,000. As with any used car, the higher the mileage and lower the specification, the cheaper the car will be. Normally we’d say if there’s something you don’t like about a used car or it’s more expensive than you think it should be, just walk away.

However, with the saloon version so thin on the ground, we suggest you deploy another tactic. As the saloon is markedly less popular than the hatchback, buyers won’t be beating sellers’ doors down so use that to haggle on the price.

Which is the best A3 Saloon to buy?

What the A3 Saloon does well

All A3s comes with a wide range of engines. All are efficient with competitive economy and CO2 figures in the class. But it’s the feeling of quality in the cabin where the A3 Saloon really excels. It oozes premium with materials and build quality that feel more like a luxury car. And the large screen, standard in new cars now, was unusual for its time.

The driving position is highly adjustable and very comfortable for all shapes and sizes. The boot is bigger than the hatchback, although despite folding rear seats it’s not quite as versatile, and there’s plenty of room inside for four adults. It’s safe too, winning the top Euro NCAP rating of five stars when tested in 2013.

What the A3 Saloon doesn’t do so well

Head room in the back can feel a little on the low side for taller passengers. But the big question mark over the A3 Saloon as with all Audis is reliability. Quite simply, it’s not what you’d expect of a premium German manufacturer, whether you look at JD Power, Auto Express Driver Power or the Reliability Index.

The A3 Saloon is good to drive, available with a wide range of economical and efficient petrol and diesel engines and has peerless build quality for its size. Like the majority of Audis it holds its value well. The major downside is availability. Saloons in general aren’t overly popular in the UK so there are far more for sale in Sportback shape than as a saloon.