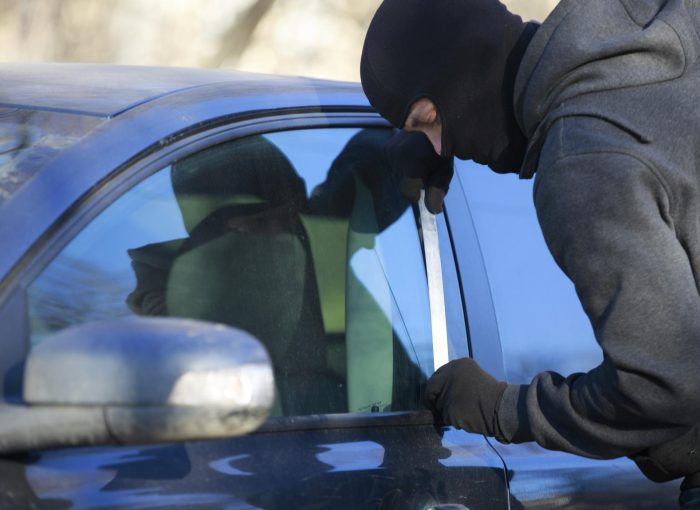 There’s been a dramatic increase in car theft and it’s down to crooks being able to hack into a car’s electronics, specifically proximity or ‘keyless’ locking systems. It’s called relay theft because they use a device to bounce the signal from a car key to a device close to the car. This fools the car into thinking the key is nearby and enables the thieves to drive off in it.

It’s a concern but it is a theft that’s easy to foil and it need not cost the earth. Read on to see how.

Although relay theft grabs all the headlines, you’re still more likely to have your car broken into in order to steal a mobile phone or other portable electronic device. Don’t leave valuables in your car and ensure it’s properly locked with all windows shut. In the home, keep your keys far away from doors and windows and certainly not near the front door (below). It’s much easier for a villain to break in and nick the keys if they know where they are, than going tooled up with electronic kit. 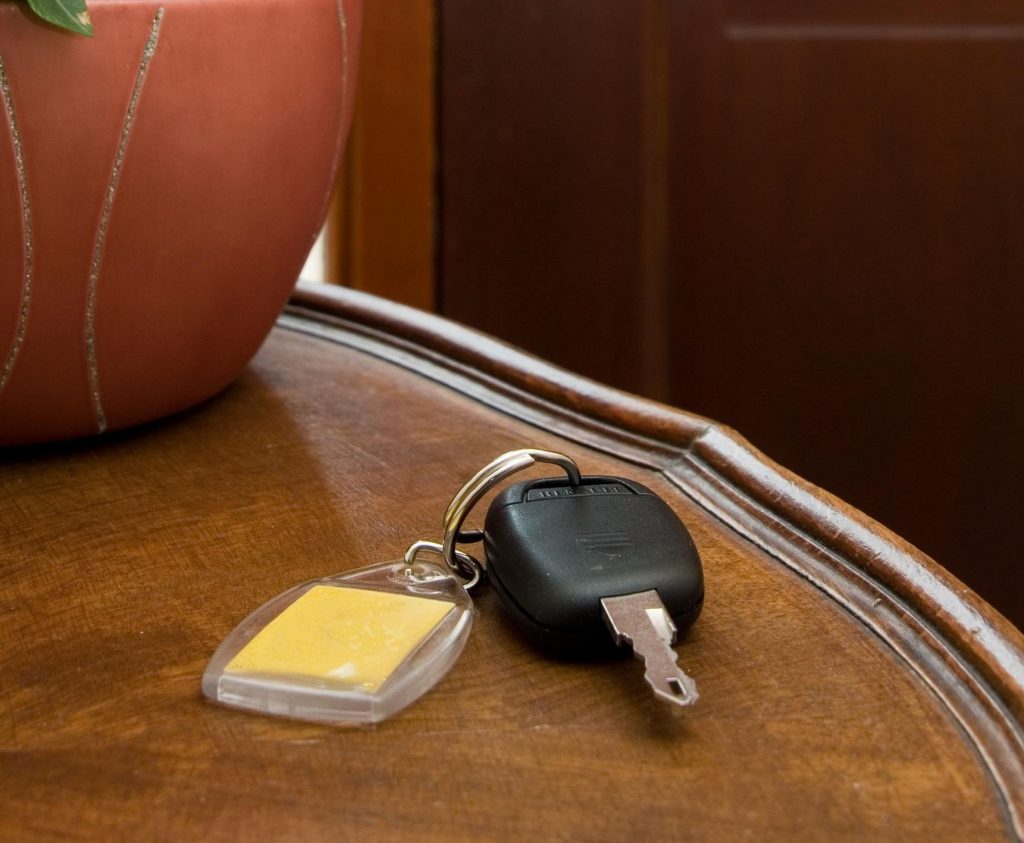 Hide your key in a signal blocking pouch

Modern ‘keyless’ cars operate using Radio Frequency Identification. Simply put the key emits a signal which the car recognises. It then unlocks itself. But the lowlife who covet our cars have worked out how to intercept those signals. Prevent this by putting your keys in a pouch that doesn’t let the signal escape. These are often called Faraday bags. Independent testers at Auto Express claim the best signal blocking pouch is the Defender Signal Blocker. 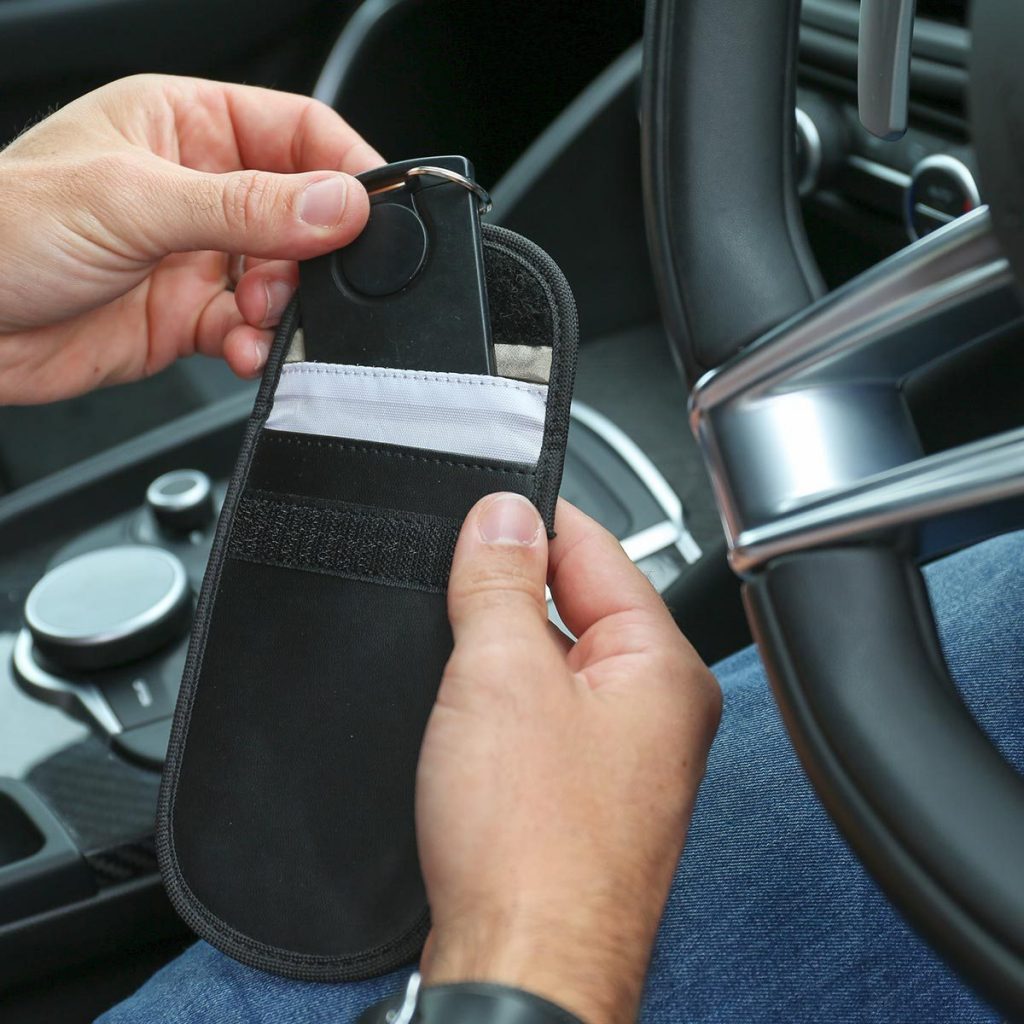 Can you switch your keys off?

Before you invest in a pouch, it’s worth knowing that some cars feature technology enabling you to switch the key off. This stops it emitting a radio signal. It’s not always immediately obvious if or how you do it so check your car’s user manual.

Back in the day, these used to be commonplace but electronics made them obsolete. Now they’re making a comeback. The thinking, as before, is if you have something sturdy and visible disabling your car, a thief will pick an easier target.

According to the Auto Express testers, not all steering locks are strong. In fact some can be defeated within five seconds by anyone who knows what they’re doing. But others need noisy power tools to get them off and no crook in their right mind will bother. Auto Express says the StopLock Pro and Disklok are the best. 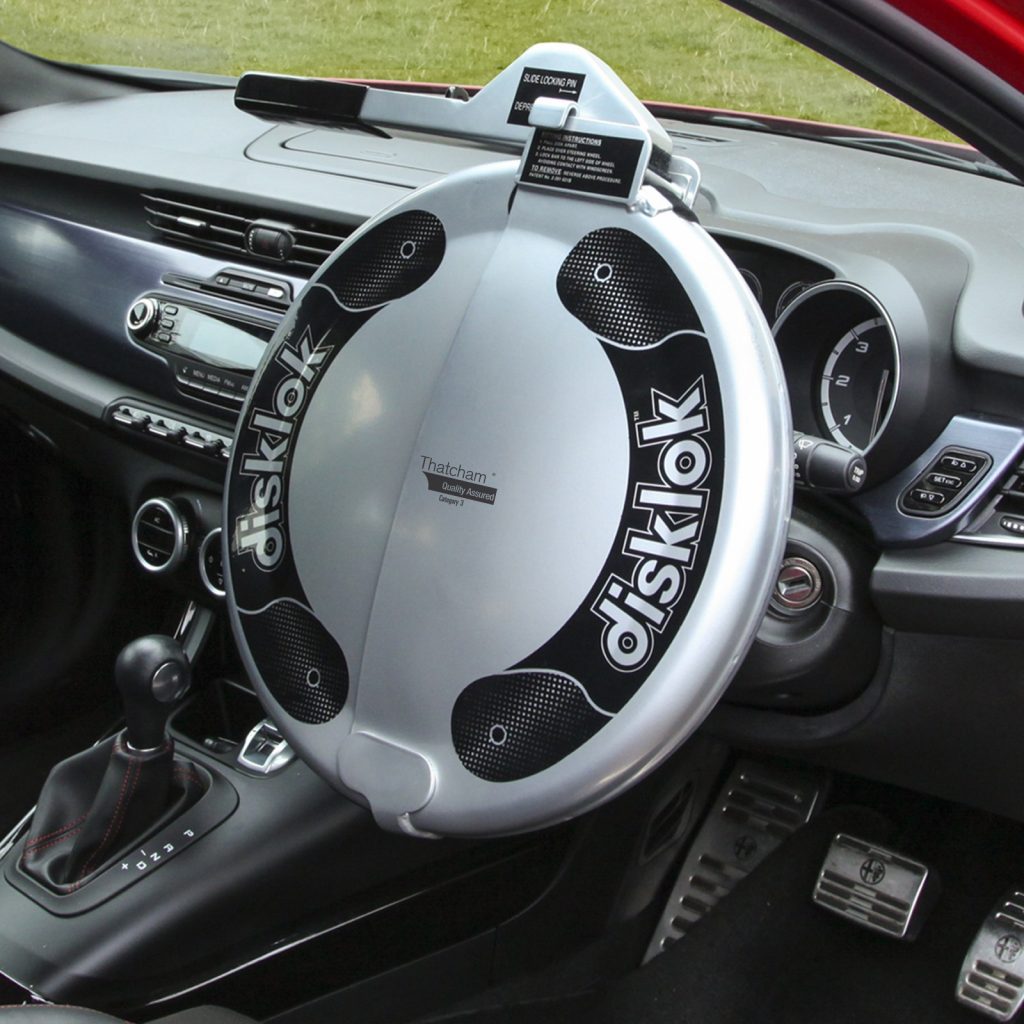 Invest in a tracking service

The most famous of these, Tracker, claims it has a 96 per cent recovery rate when cars are stolen. A transmitter is located on the vehicle and emits a signal that the police will pick up if they’re alerted. It won’t stop your car being nicked; it will help ensure you get it back. But it’s not cheap.

Cost: Buying tracking systems outright is hugely expensive so most people pay a subscription. Expect it to cost around £10 a month.