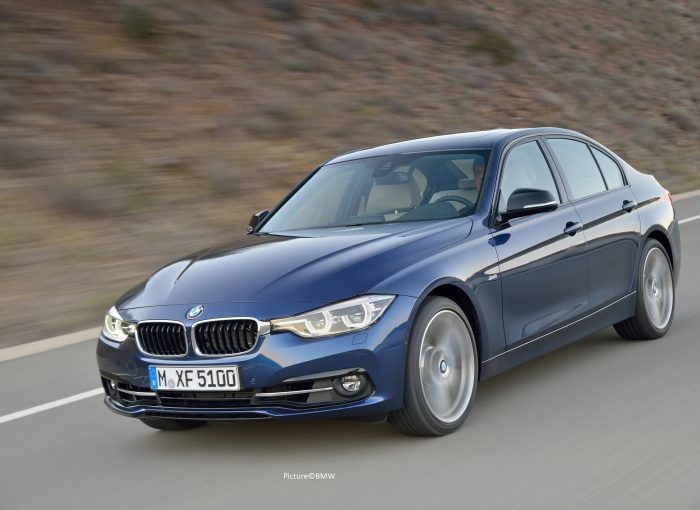 The BMW 3 Series is a brilliant all-rounder. It doesn’t just wear a desirable badge. It’s also the best in its class to drive and, available in both saloon and estate body shapes, is practical too. Our reader wants to spend about £12,000 on their 3 Series so the model we’re looking at is the F30 in BMW speak. It was on sale from 2011 until 2019.

Although it’s a premium car, the 3 Series is still one of the top-10 best-selling new cars in the UK. And that means there are plenty of used versions around. Of course, it depends on engine, specification and mileage, but for our £12k budget, most 3 Series models are from 2013 and 2014. But there are some lower spec/higher-than-average mileage 2016 and even 17 models.

There are plenty of 3 Series models around. Some of them have covered a lot of miles too. But there are so many for sale that unless you’re wedded to the idea of a younger car, you don’t need to choose a model with higher mileage. However, the 3 Series is a popular car so the better ones probably won’t hang around on sale for too long. But don’t be in a rush: there are plenty to suit all price ranges and specifications.

Which is the best 3 Series to buy?

The standard SE trim is relatively well equipped with features such as dual-zone air con, DAB radio, cruise control and sat nav. All you’d expect on a premium car. We’d go for either Efficient Dynamics or Sport trims, depending on whether your focus is on economy or sporty driving; the equipment is just a touch more lavish.

When we looked, most models appeared to be either Sport or M Sport. The latter is definitely the one for drivers who fancy themselves as being a bit sporty with bigger wheels, added body kit and sports suspension. But we don’t think you need the sports suspension to enjoy driving a 3 Series.

What the 3 Series does well

The 3 Series is the consummate all rounder. It’s good to look at and great to drive. How the suspension controls the body around corners and the feel, directness and accuracy of the steering would put some sportscars to shame.

What the 3 Series doesn’t do so well

You might find the interior a tad dull. You might find the low-speed ride a bit hard, particularly if you choose the sports suspension. But aside from those, there really is very little not to like about the 3 Series.

Of course you might also look at the Audi A3 or more likely A4 saloons, or the Mercedes-Benz C-Class. But if you do, we’d advise you drive the 3 Series first. It really is the benchmark. When it comes to driving performance, one reviewer summed up the 3 Series as being in a league of its own. They’re probably quite right too.