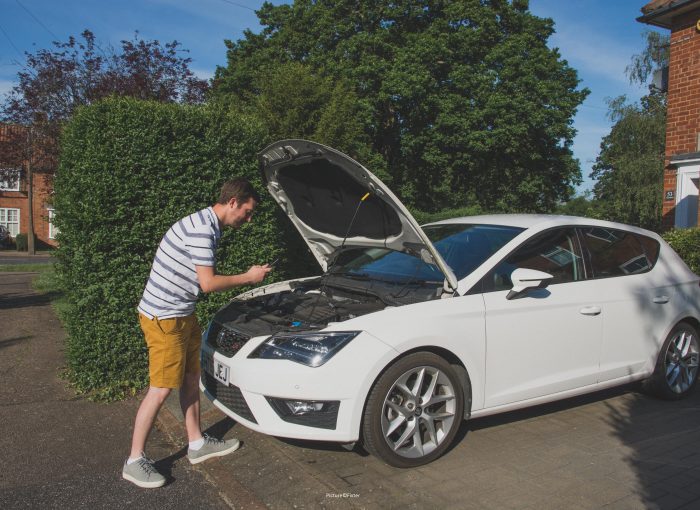 A breakdown service took our reader’s broken-down car to a garage near where he was on holiday. The garage struggled to fix its transmission problem, forcing our reader to find somewhere to stay for a further two nights at the end of his holiday. After he got the car back, he noticed a knocking at the rear and the shock absorbers – less than a year old ‑ were leaking. He believes the garage damaged them while struggling to fix the transmission trouble.

Who’s responsible when a car is in the garage?

When a garage does work on your car, it does so according to the Consumer Rights Act 2015. By asking the garage to undertake some work, you have a contract with the repairer. In return it is legally required to fix your car with “reasonable care and skill”.

What you should do when you get to a garage

The first thing you should do according to The Motor Ombudsman is to inspect the car with a garage representative. This is so you can agree the car’s condition on arrival at the garage. You should do the same thing when you collect the car. This is because it’s hard to prove when damage occurred if you spot the damage after you’ve left the garage. It then becomes your word against theirs which is always difficult to resolve.

What if you’re not happy with the work?

If once you leave the garage, you’re not happy with the work it carried out, you should usually raise a complaint with the garage itself. Rather than doing this by phone, it’s best to do so by email or letter. The reason for this is it gives you a record of the conversation. There’s a template letter here from Citizens’ Advice that you could use.

A third party introduced you to the garage

In this case, the breakdown operator took the car to the garage. Presumably you signed a piece of paper entrusting your pride and joy to the operative. If that’s the case, your contract is with the breakdown operator. It’s up to it to deal with the local garage that did the repair and apparently damaged your car.

We think the best bet is for you to list the grievances in date order as factually as you can. List the delays to the repair, the costs incurred through having to stay extra days in the resort and the alleged damage caused to your car. If there’s a receipt from the shock absorbers showing when you bought them, so much the better.

The best course of action in this case

If you’re getting nowhere with the breakdown operator, ask its representative if it’s a member of an Alternative Dispute Resolution (ADR) scheme. A third party will then mediate and reach a solution without you having to go to court. Alternatively, try the Motor Ombudsman which offers a government-backed impartial dispute resolution service.