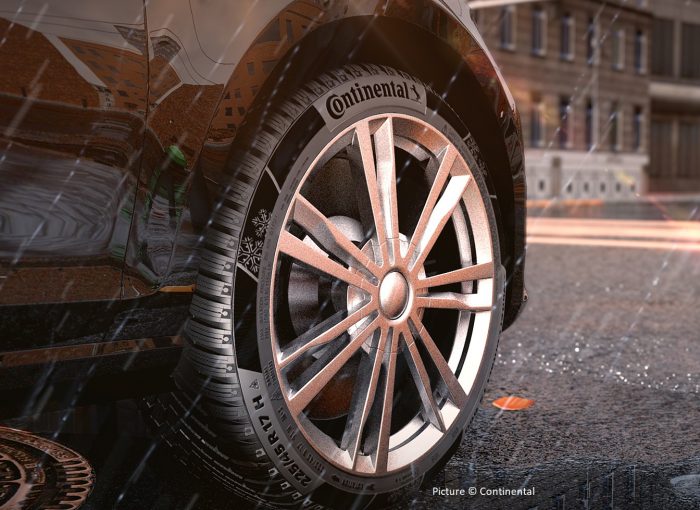 Budget tyres are a bit like supermarket branded staples. There are people who’ll say there’s no difference between them. Others will swear produce from household names that have built empires on the quality of their output are better.

To answer this, it’s important to understand what goes into making a tyre. Think of a tyre in three main parts: the tread, the compound (mix of chemicals that goes into it) and the carcass that holds everything together. To bring those constituents together in something that not only gives grip but also has a comfortable, compliant ride, limits noise from the carriageway and lasts thousands of miles is a big ask. The well-regarded names such as Continental, Michelin, Bridgestone, Goodyear and Pirelli invest many millions every year in the science behind getting tyres right.

What it takes to make a premium tyre

Every year, Continental sacrifices 250 million tyres in the name of research. It has 2085 engineers working round the clock at its base in Hanover, Germany. And its tyre testers cover 100 million miles every year – about 40 times round the globe – conducting endurance and high-speed testing. Continental’s chemistry department that makes the compounds conducts a million tests every year. You probably get the picture: not any old company can rock up and put these kinds of resources into making a decent tyre.

Automotive engineers say that a tyre can contribute up to 50 per cent towards the way a car handles. As a result, car manufacturers work alongside tyre makers to develop tyres. Frequently tyres are developed from scratch at the same time as new cars to ensure the two are as compatible as can be. The Continental tyre your car came on when it was new will have been designed for your car. It should therefore provide the ultimate compromise between grip, handling, comfort and durability.

Why budget tyres aren’t as good

Premium companies know their products are more expensive than some but they have to charge a higher price because of the behind-the-scenes costs of making their tyres. Budget companies can charge less because their products aren’t as sophisticated and have had much less costly research and development. Unfortunately, this is reflected on the road. Budget tyres don’t have the same safety properties of a more expensive tyre. And they can wear out more quickly, be noisier on the go or both.

Independent tests have shown that budget tyres can take at least 1m longer to stop from 50mph in the wet and 1.7m from 62mph in the dry compared with premium brands. Budget tyres don’t hold the road as well either, particularly in the wet.

At the end of the day, it comes down to your budget. If you can afford to replace your Continentals with like-for-like products, go for it. The old adage of getting what you pay for is as true with tyres as anything else in life. If you can’t afford premium brand tyres, go for budget ahead of part-worns. They’ll probably be safer and will definitely last longer and give you more miles per pound. And you’ll be certain your car isn’t unroadworthy and can pass its MOT.