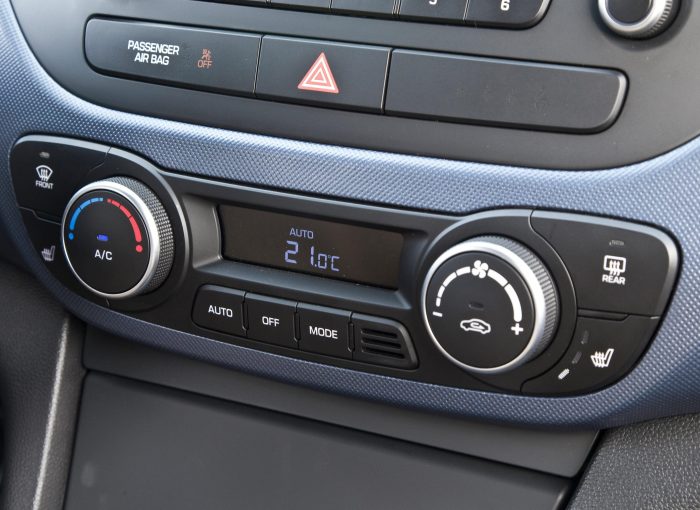 As the weather warms up, problems with car air conditioning tend to become apparent. When you switch the air con on and turn it right down, there should be an ice-cool breeze blowing through the vents. What if there isn’t? Read this car air conditioning trouble shooter to find out what may be wrong.

To work efficiently, a car air conditioning system needs plenty of refrigerant. But it’s estimated that on average a car loses between 10 and 15 per cent of its refrigerant every year. This escapes through seals and microscopic holes in the system and can get to the point where there’s insufficient refrigerant to cool the hot air. Remember: the refrigerant is a gas as well as a liquid, hence the term ‘re-gassing’ when you have it recharged.

This could be caused by various things.

Try the following: park on flat ground with the handbrake on. Start the engine and turn the air-con onto max. Then open the bonnet. You should hear the revs rising and falling slightly and a clicking sound. This means the air con is turned on so you can discount a faulty switch.

Cool air is only produced intermittently

This could be caused by blockages. This can be from air and moisture in the system allowing ice to form which then blocks the pipes. Alternatively, it could be an electrical problem. Think of the compressor as a mini engine. The refrigerant carries the oil that’s its lubricant. To prevent damage, systems have sensors that tell the compressor not to switch on when the level of refrigerant is too low. Sometimes these sensors can be faulty.

As car makers come under increasing pressure to make models with lower exhaust emissions, air conditioning units are getting smaller to save weight and space. These smaller units are more efficient but provide a happy haven for bacteria to multiply in the evaporator. And bacteria smells. There’s not much you can do about this, other than to have the system cleaned with a bacterial wash. On its own this usually only costs around £20. Alternatively there are cheaper DIY solutions you can try (below). 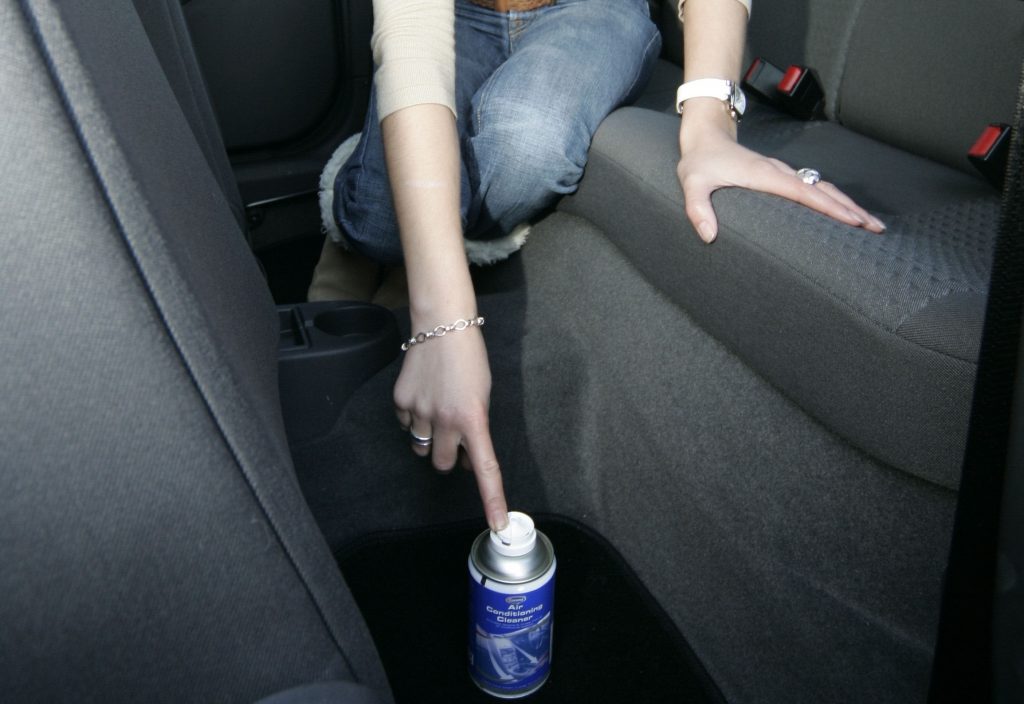 If you think refrigerant is the problem…

Have the air con system tested for leaks before you do anything else. It’s a waste of money having it recharged if all that gas is going to leak away before you have time to use it.

To help understand what might be wrong with your car air conditioning, you should know the basics of how the system works. The heart of any air conditioning system is the compressor. This takes the refrigerant as a low-pressure gas, compresses it to be high pressure and forces it out to the condenser. This turns the gas back into a liquid, still under pressure. The refrigerant liquid is dried before moving through a valve to the evaporator. Here it absorbs warm air from the cabin, turns back into a gas and returns to the compressor for the whole process to start again.