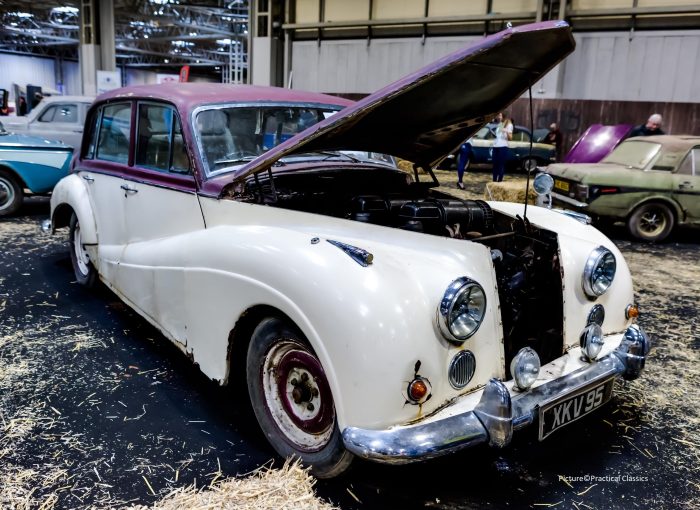 Back in the 1970s, Italian, Czech and even British cars were renowned for rusting after they were just a couple of years old. Then Japanese motors picked up the mantel for rapid rusting. Now car rust is pretty much a thing of the past for the majority of us. Why has it apparently been banished?

Rust is the reaction of iron and oxygen when they get wet. The moisture build-up, on cars frequently trapped against the metal by the paint it’s behind, prompts the reaction. This corrosion then causes the paint to bubble up.

There are a number of reasons for this. First of all, by and large, car makers galvanise the steel that they make cars from. This is where the steel is dipped in zinc. This metal sticks really well to steel. Because zinc is more reactive than steel, it will rust before the steel does. It essentially sacrifices itself to protect the steel.

A lot of the steels used in today’s cars are high grade and they’re galvanised before they’ve got anywhere near being a car. Bodies that aren’t pre-galvanised are dipped to ensure a thorough coating of protective zinc. Many car makers then apply a protective polymer coat before painting.

In addition, car makers don’t use steel as much as they used to. In an effort to save weight, they make many panels out of plastic or even aluminium (which doesn’t corrode).

… we just can’t see it. That protective layer of zinc that the manufacturer has galvanised onto the steel can wear thin over the years. That means on older cars, there’s highly likely to be rust in all sorts of places. You just can’t see it.

It might be behind body panels or beneath the undertray on the car’s underside. Equally, rust can form under the sills, behind wheel arch liners or behind lights. These are areas that can be permanently damp. And sometimes the galvanising fails for a variety of reasons, possibly through another component rubbing it off.

Can you prevent rust?

Yes, you can. One of the big causes of car rust is salt. Giving your car a good wash throughout the winter months will help to get rid of the rust. And if you can blast the inside of the wheel arches with a jet washer, you’ll get rid of some of the dirt that could potentially corrode your car.

It’s also worth asking your garage to keep an eye on your car’s drainage channels. These help direct rain that falls on cars away from them. The trouble is the channels block and water builds up, leading to rust. Nonetheless, the modern motor remains a pretty rust resistant thing.

How long do tyres last? I bought a set for my car and they only seem to have lasted 10,000 miles

How much will cost to fit a new air con compressor to a Hyundai i10?

How can I find out how much my car is worth? I want to sell it

I’ve heard of electric car charging cables being stolen. How vulnerable are they?