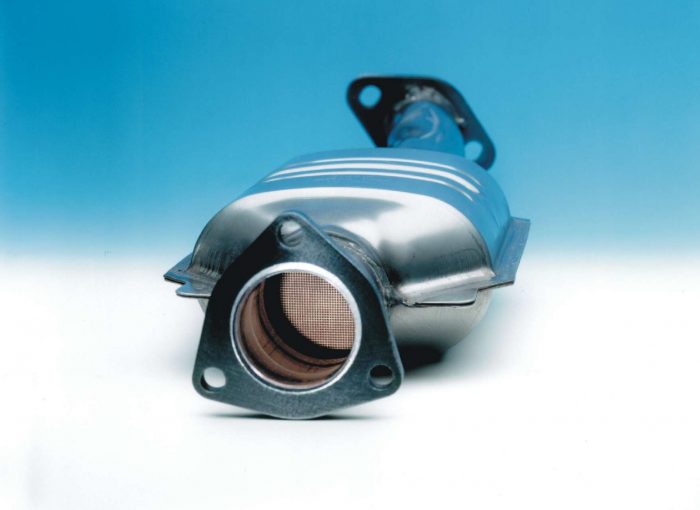 The catalytic converter is an integral part of the modern car’s exhaust system. It reduces the harmful gases coming out of the exhaust pipe. However, the way the scrap metal market in the UK works makes catalytic converters or cats attractive to thieves.

Why is catalytic converter theft a thing?

The situation isn’t helped by the way some scrap dealers work. If they choose, they can buy these precious metals without checking whether they’re being sold legitimately or not.

Which cars are under threat?

All petrol, diesel and hybrid cars have catalytic converters. However, older petrol-electric hybrids such as the Toyota Prius and Honda Insight are particular targets for catalytic converter theft. This is because their cats use more precious metals than newer cars.

How do they steal a catalytic converter?

It’s simple, quick and crude. The cat is situated in the exhaust system. All the thieves do is slide under the car with an angle grinder and cut away the section containing the catalytic converter.

How much is a replacement catalytic converter?

Obviously it depends on the car but none is cheap. Having a replacement catalytic converter fitted to a Toyota Prius will cost around £1,300 including labour. However, if yours is stolen and you claim for it on your insurance you’ll lose your no claims bonus. There have been cases where insurers have refused to take new customers who have claimed for catalytic converter theft.

How do you stop catalytic converter theft?

About the only thing to prevent it is to lock the car in the garage. A car parked on the street is fair game. If you’re in a car park, reverse into the space if there’s a wall behind. This might encourage the cat thieves to move to a softer target but it’s not failsafe. Companies such as Retainagroup do provide markings for catalytic converters which make them harder for crooks to sell on.

If you see your catalytic converter being stolen

Police warn that organised criminal gangs tend to be behind cat thefts. They advise anyone who witnesses cat thieves in action not to approach them directly.

Is the problem getting worse?

What does a catalytic converter do?

The converter is a chamber that the exhaust gases go through when they leave the engine. On their way, they pass over the catalytic materials. These convert poisonous carbon monoxide to carbon dioxide, nitrogen oxides to nitrogen and water, and unburnt hydrocarbons to water and carbon dioxide. Sometimes cats create hydrogen sulphide and ammonia. These result in a smell of rotten eggs from exhausts.