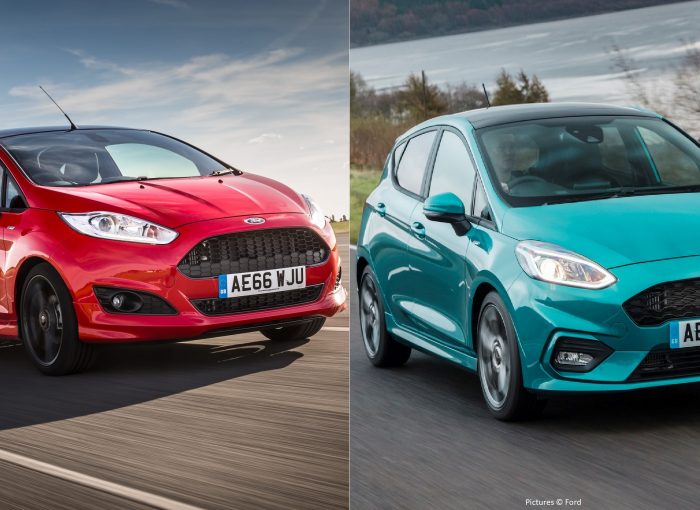 The two Ford Fiestas above might look pretty identical but when it comes to car tax, they’re anything but. Until the rules changed in 2017, if you bought a small car with low carbon dioxide (CO2) emissions (invariably a diesel) you were rewarded with cheap tax. Then the rules changed. But what does it mean to you now?

Any car first registered before April 2017 will pay car tax according to the old rules. Broadly speaking, the smaller and cleaner the engine (ie the lower the CO2 emissions), the cheaper the insurance. See how expensive your car tax will be here.

Cars that pump out fewer than 100g/km of CO2 pay nothing. Those at the most expensive end of the scale, giving out more than 255g/km of CO2, pay £515 a year. In between these two classes, cars fall into one of 11 groups with annual costs becoming more expensive the ‘dirtier’ your car becomes.

How much tax newer cars pay

Who will this affect?

Drivers of small and efficient cars will be hit the hardest. If you were to buy a Ford Fiesta first registered in 2016 (above left) you would pay no car tax for the popular 1.0-litre turbo or 1.5 TDCi models. Buy that car first registered from April 2017 onwards (above right) and it’ll cost £140 a year to tax. It means newer cars with low emissions could actually pay more tax than dirty older cars.

Edmund King, President of the AA, said: “It seems counter-intuitive that ultra-low emission vehicles could cost more to tax than gas-guzzling cars.”

Do current tax rules benefit anyone?

Ironically drivers who buy the most polluting cars will actually benefit from the new tax rules in the long run. Initially they will take a hit: the one-off tax for buying a car that emits more than 255g/km will be £2000. And as this car will probably cost more than £40,000 there will be the £310 five-year annual supplement. But once the first five years elapse, tax will be just £140. It means that over 10 years, they will actually be in pocket, compared with the current system.

It’s got many names and one of the most popular is road tax. That’s because this tax was originally brought in to pay for the roads. However, if we’re being totally accurate (and we like to be accurate), road tax was abolished in 1937 and replaced with Vehicle Excise Duty or the car tax we’re more used to these days. That money goes into a central fund and only a fraction actually goes towards the upkeep of the roads.