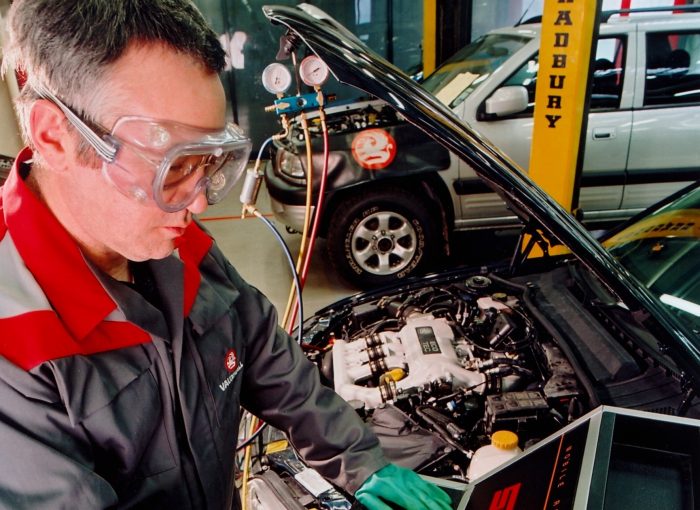 Air con is one of those features in our cars that we take for granted – until it packs up. Broken air con isn’t just inconvenient and sweaty, it can also be mighty expensive to put right. So it pays to know whether it’s working or not. And there are some very simple ways to check this.

The air con won’t work unless the engine is on. Start the engine, press the a/c button on the dash, turn it down to be as cold as possible and then push the recirculating button. This will be a looped arrow (in the middle of the right-hand knob below).

After a couple of minutes, the air coming through the vents into the cockpit should be ice cold. You can do this without driving. 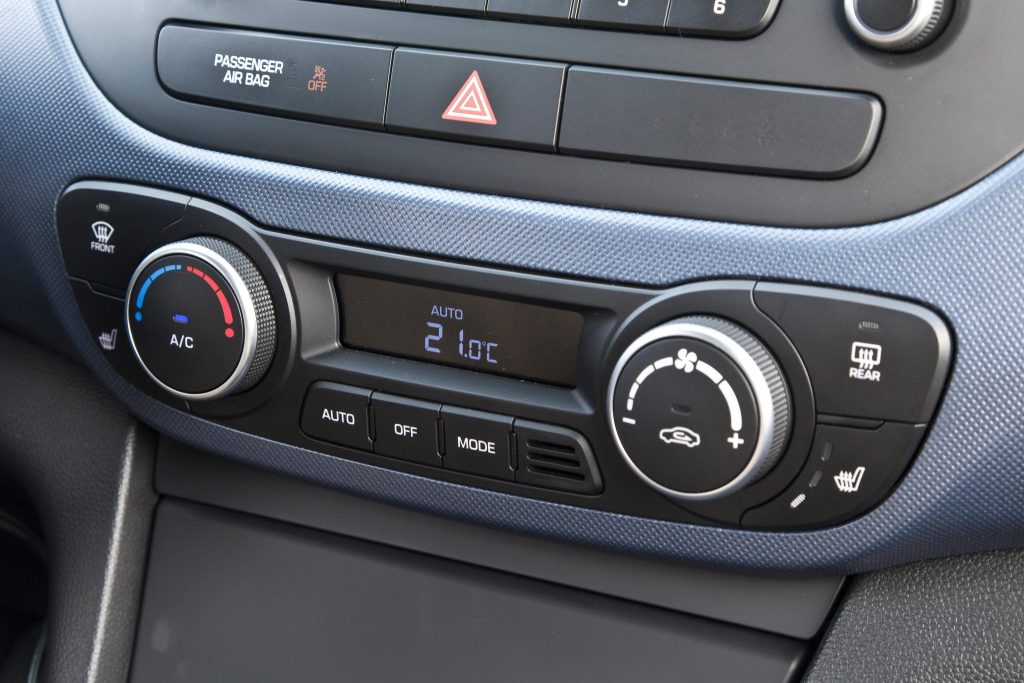 Look under the bonnet

Assuming the car is parked safely with the brake on, release the bonnet. Get out and open the bonnet to check air con. You should hear the engine’s revs rising and falling accompanied by a clicking noise. This is the air conditioning unit’s compressor engaging and disengaging. You may want to get someone inside the car to switch the air-con off and on again to make this happen.

The compressor is the heart of the air con system, taking the refrigerant as a low-pressure gas and compressing it into the condenser. If you know what the air con unit looks like, you can check this too. There will be two metal pipes coming off it, one thicker than the other. This thicker pipe should feel cold to the touch. Be extra careful not to hurt yourself on any hot or moving parts.

If the air coming through the vents isn’t super cold it could be caused by multiple problems. It might be that the gas has seeped out over time; around 10% leaks away every year from a healthy system. This is the easiest problem to address: you simply take it to a garage, they refill the system with refrigerant and you go on your way with working air con.

However, there may be a more serious leak. Air con systems have seals that can dry out, particularly if the air con isn’t used, allowing the gas to escape.

Another more serious culprit might be the condenser. This looks like a small radiator and usually sits in front of the engine’s radiator. Unfortunately, the condenser’s location means that it’s vulnerable to stones and other debris that can be fired into the engine bay by vehicles in front. You might be able to see if the refrigerant has leaked out because of the dirty mark it leaves. Or you might not.

How much if the air con isn’t working?

This depends on what the problem is. If the system simply needs a re-gas, you can get this done from around £50, depending on the car.

If there’s a leak and you need a new condenser this could cost upwards of £800 if you go to a franchised dealer. Independent specialists will be cheaper but you still won’t get much change from £400 because it usually requires the front of the car to be dismantled.