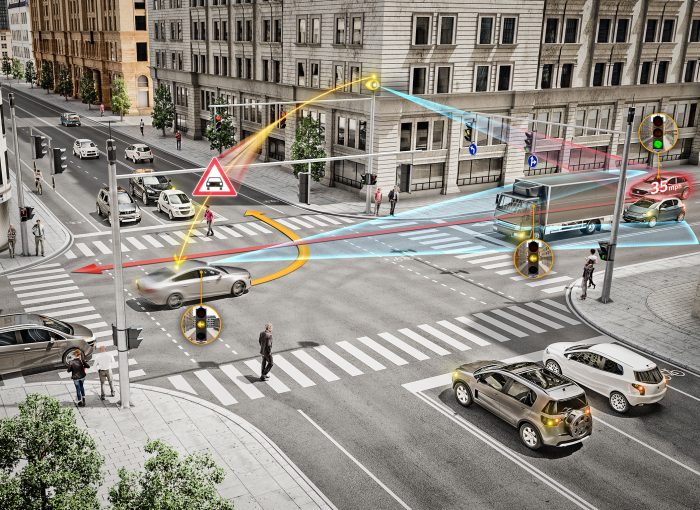 Driverless cars are undeniably the future, but when will they become reality? Five years? Ten? Or longer? German company Continental is uniquely positioned to give us a definitive answer.

You might think of Continental as a German tyre manufacturer. And you’d be right. But it also makes pretty much everything the modern company needs to produce a cutting-edge car, from suspension to software, cruise control to heating controls.

Unsurprisingly then, Continental is big on autonomous technology. It’s also big on road safety, and these two go hand in hand. But for self-driving cars to appear on a street near you, they must overcome three hurdles: the technology, regulations and public acceptance.

The combination of these makes the notion of a true driverless car look a long way away. Certainly not before 2030, according to Continental’s head of automated driving Dr Andree Hohm: “The super perfect scenario of a driverless robo-taxi travelling through central Manhatten at 70km/h and coping with any situation is a nice vision. But that’s really the end game of driverless mobility,” he explains.

He’s just defined a true driverless car. It may not have a steering wheel; it’ll make all the decisions for us; and it’ll drive someone without a licence or visually or otherwise impaired individuals unaccompanied.

Arguably the biggest hurdle to driverless cars – insurance aside ‑ is selling the notion to people like you and I. Dr Hohm admits that for many of us the idea of getting into a driverless car is a bit creepy. “This is a clear signal that we must introduce the technology in steps. We have to show people what’s being created,” he says.

The connection with people is vital

We’ll also need acclimatising to the things we take for granted in cars with drivers in. “There has to be a connection with passengers. They have to be informed over whether their robo car is accelerating or braking and whether there’s an emergency situation,” says Dr Hohm.

“If, as a pedestrian, you want to cross the road and a car is approaching, you currently look the driver in the eye and you know if they’ve spotted you. If there’s no human in the car, how do you do that? There need to be external displays, information projected onto the road or some sort of acoustic interface.”

Where will these driverless cars operate? Dr Hohm explains: “Driverless mobility will grow from the direction of low to high speed. First we’ll have low-speed driverless shuttles. If that works well, we’ll get vehicles that drive in urban scenarios at 50-60km/h, then they’ll spread to rural roads and motorways while we gradually push the speed limit up.”

It’s not just cars that must change

Of course, the urban landscape is a much more complex one than a motorway. To accommodate driverless vehicles, there will need to be changes to infrastructure. Continental has discovered that roadside sensors monitoring traffic and ‘talking’ to cars (top image) is a much safer solution than simply having sensors in the cars. And our current model where the majority of vehicles are privately owned won’t work in this brave driverless future. We need the ratio of private to public to be more like 20-80%, Dr Hohm thinks.

Then there are those pesky people everywhere, behaving in the predictably random human way we have. And there are animals, cyclists, and increasingly riders of electric-mobility solutions. But those aside, in the urban environment everything happens more slowly.

Dr Hohm explains: “At that lower speed you have more opportunity to manage any system or sensor failures. If those happen you can bring a car to a halt more quickly the slower they’re going.”

Step by step to reach the final goal

Combine that with the need to win the trust of the public and the first true driverless cars we’ll see will be private shuttles. French company EasyMile already supplies these to business parks, airports, amusement parks and public transport operators at locations all over the world. “But it’s currently a very narrow window and we must widen it,” Dr Hohm adds. “Then we go faster for longer and take it step by step to reach the final goal.”

In the meantime, there will undoubtedly be a move towards semi-driverless cars on motorways. Dr Hohm explains: “It’s easier to facilitate on the motorway because the infrastructure is very standardised. You don’t have people crossing the road and so on. That makes it quite easy to manage things in 99.9% of situations. But you still need a human at the wheel to recognise and cope with the unexpected.”

If you’re delaying taking your driving test as you wait for the true driverless car, you may want to rethink. The diversity of regulations around driverless vehicles is proving a real headache because they’re currently different the world over. However, Continental is confident they will be harmonised to be the same in California as in China.

And that estimated not-before date of 2030? That’s only 11 years away. Given all the hurdles Dr Hohm outlines, if I was a gambling man, I’d say we won’t see his ‘super-perfect driverless robo-taxi scenario’ before 2040 at the earliest.