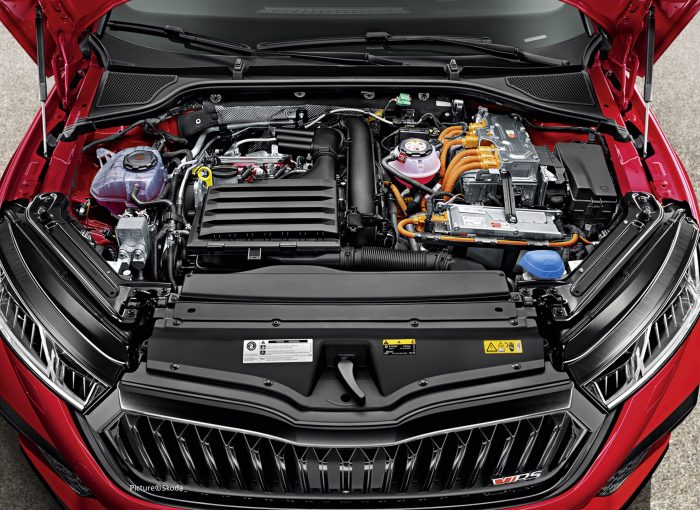 Why does the engine fan turn on when I stop?

Engines operate at their most efficient when they’re hot but not too hot. The fan turns on when you’ve stopped driving because no more cooling air is flowing into the engine bay. This causes the temperature to rise, automatically triggering the fan. Once the temperature has dropped again (as it will do because the engine has stopped running), the fan should cut out.

How does the engine fan work?

The engine fan is located behind the radiator and designed to draw air through it. This helps to keep the engine at the correct temperature. It is controlled by the temperature of the coolant. When this reaches a certain point, sensors inform the car’s computer (ECU) which tells the fan to switch itself on. The fan is powered by the car’s 12-volt battery. That’s why it can work when the engine isn’t running.

How does an engine cool itself?

An internal combustion engine features lots of moving parts that generate heat. If there was no cooling, parts would start melting and welding themselves together. To prevent this happening, the engine block is full of waterways. Coolant (water and anti-freeze) flows through these waterways, drawing heat out of them.

This coolant is then chilled further by passing through the radiator where cool air, drawn in as you drive along, lowers the temperature further. The engine fan is effectively artificially re-creating the effect of cool air being forced into the radiator.

Why the fan is important

If an engine gets too hot it can damage itself. If your fan stops working ask a garage to fix it as quickly as possible.

There are multiple things that can go wrong with an engine fan. It might blow the fuse that controls it. This is a relatively easy and cheap fix. More complicated is if the engine temperature sensor goes wrong, causing the fan to turn on too early, too late, or not at all.

A relay controls the fan. This is essentially a switch. It might stop the fan coming on or make it cut in and out. A motor drives the fan. This might wear out over time or simply break. If that happens, it’ll need replacing.

One of the easiest ways to ensure your fan doesn’t break is to check your coolant. It’s very easy to do and will ensure that the engine is always running at the optimum temperature. Simply open the bonnet and you’ll see a clear plastic tank. This has minimum and maximum markers on it. The fluid level inside the tank should be between the two.

Find out where the expansion tank is in your car’s user manual and read more about coolant in this earlier blog.