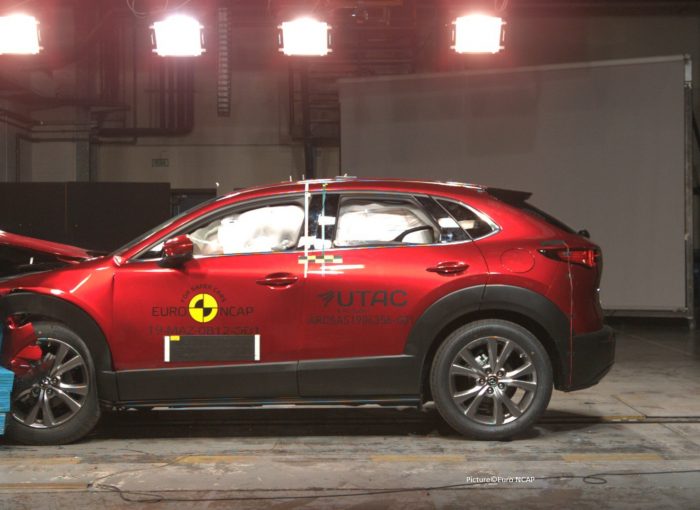 There’s lots to get your head around when you buy a car. And safety is probably quite high up the list of priorities. That’s where Euro NCAP and its star rating comes in. Here we explain what Euro NCAP does and how to read its stars.

What is Euro NCAP?

The full name is the European New Car Assessment Programme. It is a non-profit making organisation that was originally conceived by the Federation Internationale de l’Automobile (FIA, the body that oversees motoring regulation worldwide), the Swedish Road Administration and International Consumer Research and Testing. It is endorsed by the European Union as well as various countries and other road safety organisations.

Since its establishment in 1997, Euro NCAP has rated nearly 2,000 cars, purely for safety. Its aim is to give consumers the power to assess how safe cars are with a simple five-star rating system. Five stars are the safest, zero stars the worst.

This is how Euro NCAP describes its star system.

How does it rate cars?

The organisation buys cars incognito so that manufacturers can’t tamper with them. It chooses best-selling models that have safety kit fitted as standard. It then puts the cars through a series of crash tests. These are conducted at facilities in the UK, France, Germany, Italy, Spain and Sweden.

The crash tests include forwards into an offset deformable barrier at 40mph (to simulate a head-on crash), side impact at 31mph, side impact with a pole (to reproduce crashing into a tree or road furniture) at 20mph and a rear whiplash test at 10mph.

For each of these tests, dummies are installed in the car and then wired up to record the forces that work on them. There are dummies in the shape of adults and children so assessors can tell how badly and where different body shapes are injured in crashes. It also tests how cars respond to crashes with pedestrians.

When it assesses cars, Euro NCAP also investigates the safety systems they come with. It is now testing Autonomous Emergency Braking systems as well as Electronic Stability Control (ESC) and Adaptive Cruise Control. Its thinking is that the more features it tests, the more car makers are likely to include them to boost their test scores.

What effect has it had?

Euro NCAP has sounded the death knell for some cars, think Rover 100 (formerly the Metro) and the Vauxhall Sintra (a seven-seat people carrier). But the most important result is to continually encourage car makers to raise the bar when it comes to safety. The result is cars have got a lot stiffer and more capable of resisting crashes without injuring occupants. And they now have a lot more safety devices such as airbags built into them. On its 20th anniversary the organisation claimed its work had saved more than 78,000 lives across Europe.

Are there problems with it?

One thing that’s slightly confusing is the star rating itself. While the standards for achieving the various ratings are continually getting higher and therefore harder to achieve, there are still the same number of stars.

If you’re looking at an older car and it’s achieved five stars, it was worthy of five stars when it was tested. That doesn’t mean it’s as safe as a car that was awarded five stars today. What it does mean is if you’re comparing cars of a similar age, you can see which one is safer.