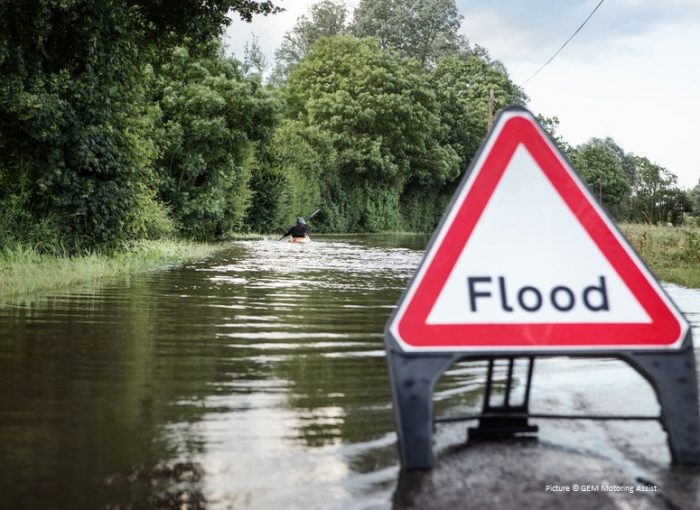 The risk of buying flood damaged cars in the UK is minimal ‑ so far in 2019. But in other parts of the world it’s a very real danger. And drivers buying 4x4s and more hard-core off-roaders such as Jeeps and Land Rovers are more at risk than most of ending up with a car that’s been submerged in water. Here’s how to avoid it.

What are the first signs of flood damage?

The first tell-tale indicator that a car is damp inside is windows that mist up. An easy way to prevent this happening is to open the windows. If the windows are open when you go to view the car, ask why. Look at its lights too. These can get water trapped in them if they’ve been submerged.

Beneath a car’s carpets lies sound-deadening material. As well as soaking up noise, this will also soak up water. Cars are full of nooks and crannies. No matter how well one has been dried out, in some areas it will stay wet for months. And that means it’ll have a musty smell inside. Bearing this in mind, some owners may strip out a car’s interior and replace it with carpets and upholstery taken from a scrap yard. Make sure that seat and carpet wear is as you would expect from a car that’s the age and mileage of the one you’re looking at. Or do parts look suspiciously new?

What damage does water do?

In short, lots. Modern cars have complex electronic control units in them, some of which are located beneath carpets. Water damage could affect sensitive components such as airbags. And flooding can destroy an engine. If the cylinders of an engine get full of water, the internal combustion process can’t work and the engine suffers from what’s known as hydraulic lock. Water can also shorten the life of catalytic converters and have a corrosive effect on wheel bearings and brakes while harming the life span of engine parts such as the alternator and starter motor.

How to tell if an engine has been flooded

Lift the oil filler cap and see if a mayonnaise-like substance is on it. This is where hot oil has mixed with water. It can cause some cars to need their engines replacing. Also have a good look around the engine bay. If it’s been submerged, there’s a good chance there’ll be silt-like deposits on any horizontal surfaces. Finally, check the engine number matches that on the car’s paperwork. Some flood damaged cars need to have their engines replaced.

Where are you buying the car from?

If you’re buying privately, have a look at the address of the current owner. Do they live in an area that’s liable to flooding? Be equally suspicious if buying from a dealer .The car may have been sold to the trade away from where it was damaged in order to hide its past. It’s well worth doing a data check to see if the car has ever been declared a Category S or N write-off.