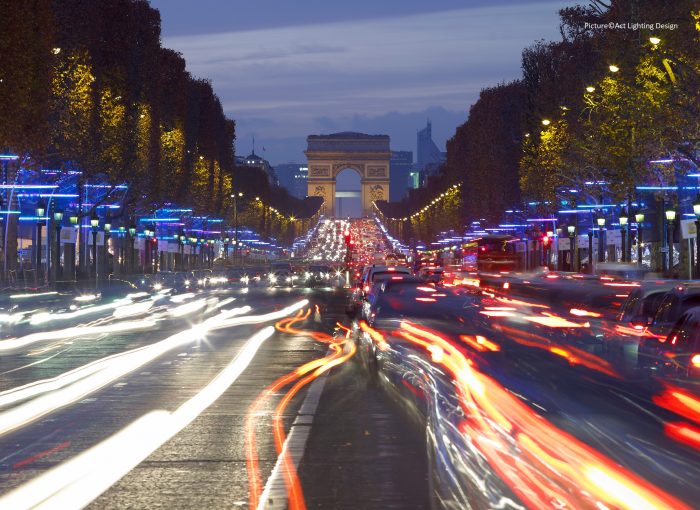 The CRIT’Air scheme has been designed to reduce pollution in city centres around France. The idea is that all vehicles should display a CRIT’Air car windscreen sticker (the French call them vignettes) to show how polluting they are. The authorities can then decide to ban the most polluting vehicles from city centres. Anyone ignoring it are hit with on the spot fines.

But whether you need a sticker depends on where you’re going and your attitude to risk. There’s a lot of scare mongering by motoring organisations about the need for stickers when you actually don’t.

Currently the only two ZCRs in France are the centre of Paris and Strasbourg. You do need to buy a CRIT’Air sticker to drive in these or you will face a fine ranging from 68 to 375 Euros, depending on the kind of vehicle you’re driving. The stickers go in the windscreen and roadside cameras check them.

It is unclear whether the French authorities monitoring the ZCRs are equipped to deal with foreign registered cars. Our research among tourist offices suggests not.

Authorities enforce these for a couple of days at a time, if at all. When they do activate them, you need to display one of the stickers. We’ve found no evidence to show that any ZPA outside the greater Paris one (which has been activated just once) has ever been enforced.

They don’t make it easy…

Unlike in Germany where you can buy the stickers over the counter, if you want a sticker for France you have to send away for them. You’ll find more information about CRIT’Air here. They cost around £3.

Find out if you’re likely to need one

Go to the CRIT’Air website and it’ll show you which cities and departments have ZPAs. And there’s a handy mobile phone app where you can input your car’s details. It will then tell you whether you can drive on that day (the answer is invariably positive) and show you historical pollution levels.

There is one notable website that looks pukka and has an official sounding name but is nothing to do with the authorities. Use this to buy your CRIT’Air stickers and you will pay 10 times (£35) what a sticker should cost.

Do you need a sticker?

We visited France in the summer of 2019. The overwhelming feeling was that this is the French authorities paying lip service to the pollution problem. We asked several tourist offices about the need for stickers. All of them said don’t bother, particularly if you’re driving a foreign-registered car. Car rental offices in France should supply stickers with the cars they hire.

One city we visited where the CRIT’Air scheme and ZPA have been in place since 2017 was Lyon. The tourist office said not to bother buying one. We did a number of polls of cars parked in the centre of the city and found that only around 30% of local vehicles have CRIT’Air vignettes.

It appears to be a classic case of the French authorities imposing legislation and the public showing their lack of approval by completely ignoring it.

Driving abroad this summer? Here’s what you need