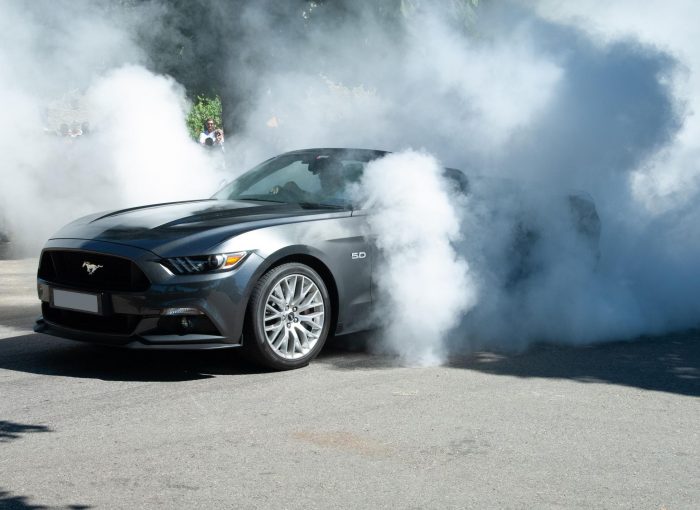 Our reader adds that ‘his friend’ drove the car at up to 70mph and floored the accelerator to ‘test its top speed’. When he stopped, there was a smell of burning rubber and some white smoke coming from underneath the car. The reader is worried that hard driving might damage the engine’s components.

Does driving a new car hard harm it?

It doesn’t matter whether a car is new or old, you shouldn’t drive it hard when the engine is cold. This is because the oil needs time to warm up, circulate properly and reach the surfaces it needs to cover inside the engine. Not doing so can cause unnecessary wear and tear to sensitive components.

Will hard driving in a new car have damaged its seals, bearings and gaskets long-term? We think it’s unlikely one drive will have done the car any lasting harm. Modern cars are very well built and engineered to very fine tolerances. In addition, car makers use very sophisticated lubricants .

How do you know when a car is warm?

Most modern cars have a temperature gauge. When this has reached around 90 degrees Celsius, probably after about five minutes, the engine will be warm. Some cars, notably Mazdas, have a blue light on the instrument panel that warns you when the fluids are cold. Once that light goes out, the engine is warm and you’re safe to drive the car as hard as you want.

Do new cars need running in?

Running new cars in isn’t critical like it used to be. In the days before electronic sensors and fuel injection, cars had to be treated gently for the first 1,000 miles of their lives in order to play them into being driven. Nowadays, the electronics that control modern engines are much better at ensuring mechanical parts don’t come to any harm. However, running a brand-new car in won’t do it any harm.

What is running a car in?

This is when you drive the car gently for the first 1,000 miles or so. The idea is to allow the mechanical components to bed in over a period of gentle running. And of course you’re not putting them under instant massive stress.

When cars leave the factory, they’re covered in lubricants, sealants and coatings. Some of these will be cleaned off, before the car goes to its new owner, some of them will just burn off over time. We think that if our reader’s friend gave the car a good ragging around, and some of the components such as brakes got very hot, it’s probably these that burnt off and caused the smell.