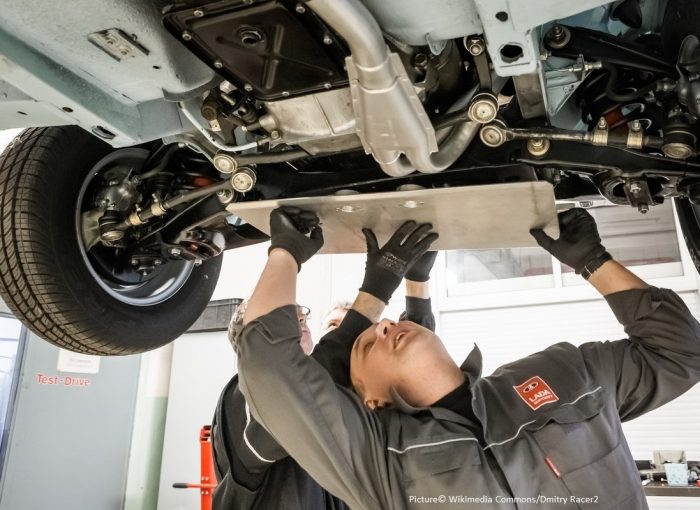 How do you get an independent report?

There are various companies that specialise in supplying independent engineers’ reports. We will list some below. As with any work, it’s important to get quotes before commissioning anyone. You will likely have to pay for the report initially, then if it finds in your favour, claim the money back. Whoever is reimbursing you is unlikely to pay the full amount for a report that is obviously too expensive.

The Institute of Automotive Engineer Assessors accredits engineers all over the country. They’ll have an independent inspector near to you. Automotive Consulting Engineers will also be able to provide technical reports nationwide. And DEKRA does the same thing.

What is an independent report?

This is when a third-party engineer investigates the car and its specific problems. They should have no vested interest and therefore no reason to come down for or against either side. Their report will be fact based and can be used as evidence if a dispute between an owner and garage or dealer needs to be resolved.

What does ‘independent’ mean?

If a technician is a friend or relative, they can’t be considered independent. Equally, a garage that might benefit from what the report says isn’t independent either. Whoever does the report should also be qualified. If the fault is with the bodywork, it would make sense to ask a bodyshop to provide the report. If the problem is with the engine, you want a qualified mechanic or other technician.

What happens during an independent report?

You need to be sure whoever is doing the report is happy to provide a written copy of the report. When they do the report, they will need full access to the car so they can work safely. They might need to strip bits off the car or dismantle part of the engine. As a result, you may have to take your car to a garage where there are the necessary tools such as hydraulic lifts etc…

Why an independent report?

An independent report should get to the root of the problem. By so doing it will hopefully prove that one or other party is responsible for paying for a repair. It might establish that the fault has been caused by the way the car is used. It might diagnose a different fault altogether that is causing the problem responsible for the dispute. Or it may find that a repair has been poorly carried out.

In our reader’s case, they bought a used car which needed a new engine head gasket. Shortly afterwards, it needed another new one. This is clearly not right in a relatively new car. They want a report to prove that the problem is with the car and the dealer should refund them.

You might also want an independent report if you’re having a dispute with a manufacturer over whether a fault is covered by the warranty. You may also need one in a dispute with an independent used car warranty provider that says they can’t cover a claim. Or you might need one if you think a garage has done a poor job on regular maintenance work or perhaps it has done work that wasn’t needed.