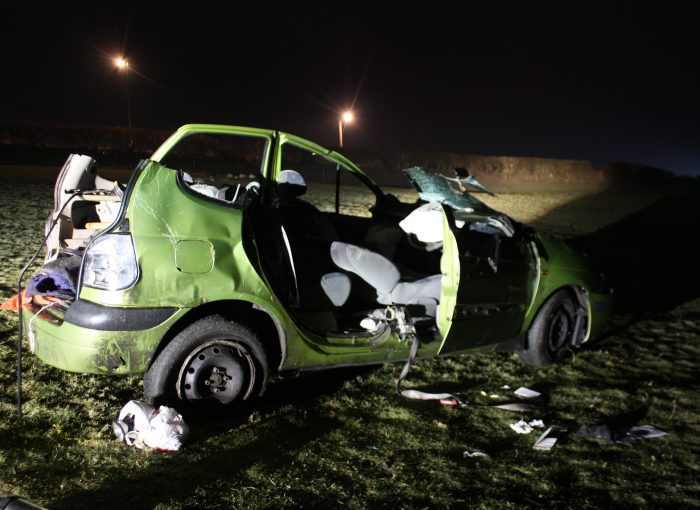 Insurance write off categories are important to understand for two reasons. First, cars that are being sold can fall into these categories. And the categories changed recently so they might not be familiar. Read on to find out the difference between Categories A, B, S and N.

What is an insurance write off?

When an insurer ‘writes a car off’, it is declaring it to be a ‘total loss’. That is insurance talk for saying it thinks a car isn’t worth fixing after a crash or will never be discovered if it’s been stolen. The insurer pays the car’s insured value to the policy holder. After writing a car off, the insurer owns that car. The insurer must then put the car into one of four write off categories. It can choose to dispose of the car as it sees fit (as long as that’s within the law). When an insurer declares a car a write off, the owner must inform the DVLA (Driver and Vehicle Licencing Agency).

Not all write off categories are the same

Very broadly speaking, there are three different types of write-off. A car can be written off because it’s been stolen and is, the insurer believes, never going to be seen again. It might be damaged to the point where the whole car is twisted and can’t be repaired. Or it may be damaged needing repairs that cost more than the car’s value.

What is Category N insurance write off?

Category D used to be the name for this. It is when a car has suffered damage that isn’t structural. The damage might be cosmetic and to the bodywork, or may be to the steering, braking or electronics systems. It will be cheaper for the insurer to pay the owner the car’s agreed insured value than for it to pay to fix the car. It’s important to remember that you may not be able to legally drive a Category N car.

But an amateur mechanic may be able to repair a Category N car and make it roadworthy for much less than a professional would charge. As a result, Cat N cars can make a great used car for buyers who know what they’re doing.

Some people buy Category N cars, fix them up and sell them without disclosing the vehicle’s past. It’s why a vehicle history check is important. Someone selling a Cat N car should ask a much lower price than an equivalent model that an insurer hasn’t written off. This is because the used car industry classes Cat N cars as much less desirable, for obvious reasons.

Insurers call cars a Category S when they have suffered structural damage. This is harm that’s much more than cosmetic. Category S cars can be put back on the road but the work will probably require the sort of equipment that only a professional would have.

This is unchanged from previous Category A cars. It is for cars that are so badly damaged they must be destroyed in their entirety. These cars may never appear on the road again.

Again, this is unchanged from before. These are cars that have been so badly crashed they must be destroyed and not returned to the road. Undamaged components may be salvaged from them.

What happens to insurance write offs?

Insurers must destroy Category A and B cars.  Parts can be saved from Cat B cars. Scrap yards or enterprising individuals can then sell these.

Insurers sell Cat S and N cars, either back to the original owner or to salvage companies who then auction them off. When an insurer declares a car Category S, it must send a V23 form to the DVLA. If this car is repaired and returned to the road the DVLA should then flag it. Sellers should disclose if the car they’re trading has ever been declared a Category N or S.