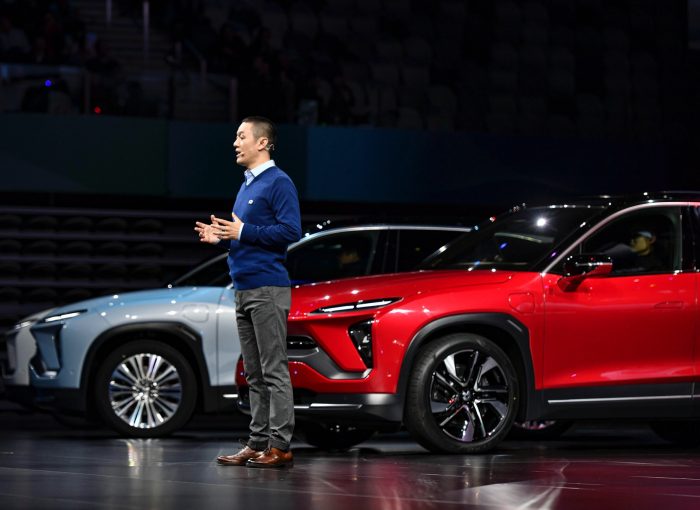 Good question. If possible we should separate running a car company and the business of producing electric vehicles (EVs). Part of the problem for the high-profile strugglers in the electric car business – Nio (above with founder William Li), Faraday and Dyson – is that they’re entirely new entities. Yes, their problems are electric car industry problems. But they’re also new company problems.

Dyson abandoned its much-heralded electric car project because it couldn’t make it commercially viable. It had designed what Dyson described as a ‘fantastic car’. But it couldn’t square getting it to market and making money.

You could counter that anyone could build an awesome car given a bottomless pit of money and an astronomical asking price. The skill is making great technology that’s affordable. And that’s where existing mass market manufacturers have a vast reservoir of knowledge and experience.

Faraday has been struggling as well. In September this year, it appointed a new CEO. This was in an effort to get out of becalmed waters and actually have a car to ship to customers. Tesla too, if you remember, is fighting to produce its electric cars in the numbers it really needs.

And Nio has just revealed its chief financial officer has left. It comes after the company has scaled back its R+D operation in the US and moved away from Formula E team ownership. That in turn comes in the wake of a 5000-vehicle recall for fire fears.

We’ve spent time with Nio and it’s an impressive operation. Its factory is a joint venture with the Chinese government and as technically advanced as any you’ll find in Europe.

Nio also has a brave vision of the future. It’s invested a lot in servicing its customers and ensuring they can live the lifestyle worthy of premium motoring.

It’s also got around the range anxiety problem with clever battery swap technology. This is where cars exchange drained batteries for full ones at pop-up ‘swap stations’ rather than hanging around at charging points.

Is an impressive EV enough?

We’re among the few westerners to have driven a Nio and it’s an impressive product. The ES8 is an Audi Q7-size electric SUV. It was fast and by far the best-built Chinese car we’ve ever laid eyes on. To achieve it Nio had sensibly invested in a German design and engineering operation. And it buys components from European luxury car suppliers such as Continental.

It wasn’t quite as impressive speaking to Nio owners and hearing of the problems they’d had with their cars. They glowed about how those problems had been resolved by Nio. But they’d had problems nonetheless. Probably unsurprising given the hugely fast development cycle Nio imposes on itself.

Another of Nio’s woes has been slowing sales because of reducing incentives for electric cars in its domestic market. This over-reliance on incentives to sell electric cars is something that effects the car industry globally. Electric car buyers in Romania, for example, receive government grants of up to 11,500 Euros. That’s going to be a hard drug to wean consumers off. But it looks like something new companies will have to get their collective heads around. On top of the already incredibly complicated business of building and selling cars.