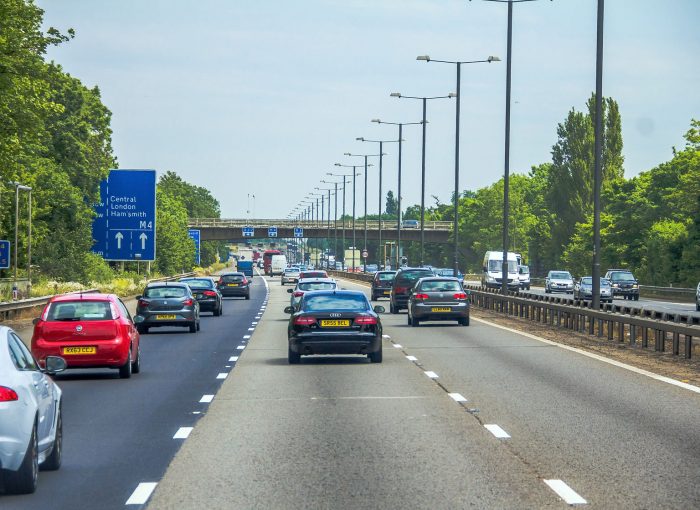 There are some strange rules of the road in the UK. Some things that you might not think of as rules are punishable by the law; some that you might think are aren’t. Undertaking – where a vehicle on one of the motorway’s inner (left) lanes goes faster and passes a vehicle in one of the outer (right) lanes ‑ is one of the latter.

Is undertaking illegal on motorways?

Strictly speaking, undertaking on motorways in the UK is NOT punishable by the law. You can happily undertake another car and if the police spot you, they won’t necessarily fine you. However, it’s not recommended and there are times when it might be dangerous.

Does the Highway Code make undertaking illegal on motorways?

The rule of the road states: “Do not overtake on the left or move to a lane on your left to overtake.” But it does say that it’s alright to overtake cars in lanes on your right in slow-moving traffic. You definitely shouldn’t weave in and out of traffic in order to ensure you’re constantly in the fastest moving lane.

Can you be fined for undertaking?

Yes. You might be hit with a fixed penalty notice for careless driving or driving without due care and attention. That could result in a £100 fine and three points on your licence. Or you may be sent on a driver education course.

In extreme cases, the police might charge you with dangerous driving. This will result in a court summons. The judge can then award up to nine points on your licence and a £5,000 fine.

There is an argument that one of the problems with smart motorways or those with average speed limits is they cause vehicles to undertake one another. On a ‘normal’ motorway, a level is reached where people can drive as fast as they want to.

In some cases, that might be hammering along at 90mph in the outer lane while others drive sedately at 50mph in the inner lane. But generally speaking, by moving lanes you can drive at the speed that suits you.

Smart motorways limit the speed in all lanes. Trouble is, humans are humans. Some people don’t want to obey the limit, others will stick to it rigidly. Yet more go faster between cameras, slow down as they pass the cameras. Then there are people who see it as a way of imposing themselves and the law on others. They could then drive at 40mph in one of the outer lanes.

What about average speed limits?

Very often when average speed limits are imposed, you can’t help but drive faster than the vehicle(s) in the outer lanes. This is because it can be difficult, dangerous and disruptive to change lanes. Some cars have cruise control and will stay at a very constant average speed.

But in cars without cruise control, no matter how hard you try, your speed will probably vary between 35 and 45mph. And that means cars driving in inner lanes will invariably end up going faster than, and therefore undertaking, those in outer lanes.