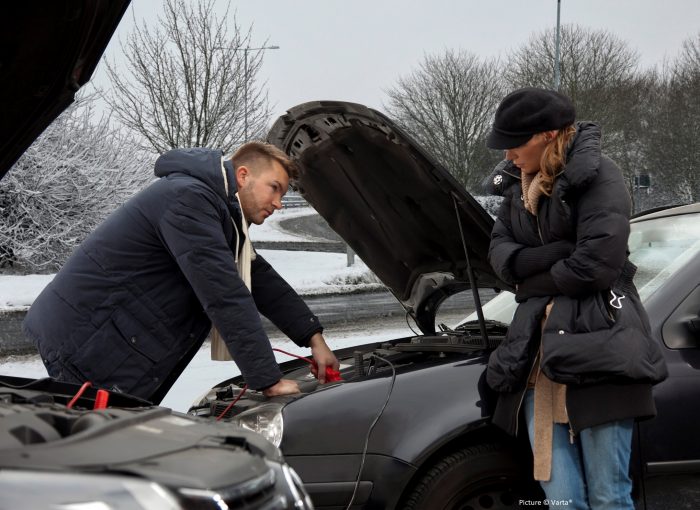 Jump starting a car is one of those things that we’ve all heard of. Some of us may even have attempted it. And yet more of us will probably have to do it in the future. But not many people realise there’s a specific way to do it so that you don’t damage your car.

What is jump starting?

This is a process where you use the power from a healthy car’s battery to provide the dead car with sufficient charge to get its engine running. This should enable the dead car to charge its battery under its own steam.

Is it safe for your car?

First, make sure it’s alright to jump start your car. Some manufacturers don’t recommend it, saying the sudden surge of power can damage delicate engine management systems. Check in your car’s user manual.

Ensure it’s safe for you

Assuming there are no warnings against jump starting in the car’s user manual, your next task is to ensure no people come to harm during the process.

Find the battery in both cars. If it’s not immediately obvious, check the user manual. The battery may be in the boot. Then move the working car so that it’s close to the dead car but not touching it. Both cars should be safely parked, in neutral, with their parking brakes engaged.

Switch off everything that draws power from the battery on both cars. That means the lights, wipers, ventilation, sound system, touch screen and anything you might be charging.

If you connect the jump leads in a random order, there’s a chance you could damage the car’s electrics with a power surge through the alternator. They must be connected in the following order:

Simon Smith from Shield Batteries explained: “You are combining the voltage of the two batteries so leave them connected for a few minutes before firing up the healthy car. This is so the working battery can charge the flat battery.”

Disconnection is important too

When you’re confident that the previously dead car is now alive again, it’s time to separate the cars. First switch off the original working car. Then disconnect the leads as follows:

You, or whoever owns the ‘dead’ car, should ideally take it for a 20-minute drive. This will fully charge the battery and the car should start on its own. At least that’s the theory. If it doesn’t you need to get in touch with a professional to find why the battery isn’t holding its charge.