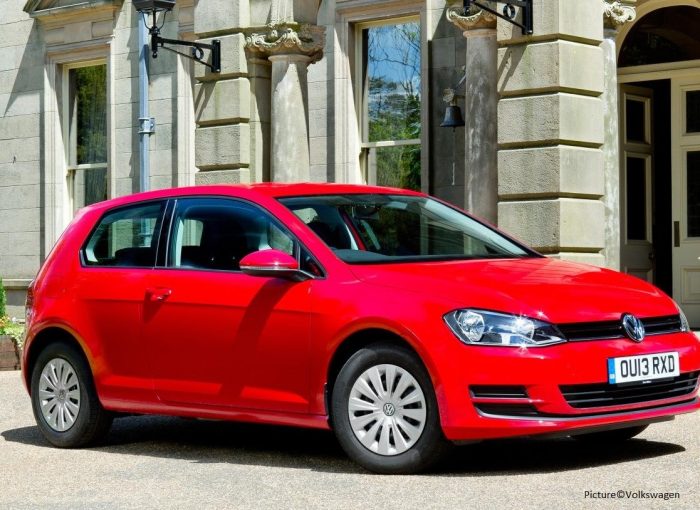 We know from our reader’s email that they are currently driving round in a 2012 Volkswagen Golf 1.6TDI. On the face of it then, changing to an electric car is a no brainer. But it’s a bit more complicated than that.

What are the Golf’s emissions?

Let’s assume that our reader’s car is well serviced and in full working order. The 1.6TDI Golf pumps out 123g/km of carbon dioxide. Its combined economy is 60.1mpg. Our reader says they average about 10,000 miles a year.

According to the clever Fleetworld calculator, over a year’s motoring, their diesel Golf will produce 1981.95kg of carbon dioxide. That means in the nine years our reader has had it, the Golf has kicked out 17,837.55kg of CO2. If you’re interested that’s about 13 times its weight!

What about the electric car?

Obviously an electric car has zero tailpipe emissions and that means no carbon dioxide. However, you have to take into account the environmental impact of building the car.

Creating a car is an immensely complex process. The metal to make the panels, suspension components and other parts such as brake discs has to be dug out of the earth as ore and created. That metal might then have to be transported around the world. It’s the same story with the paint, plastics and tyres all used by the car. Each and every one of them requires energy to be made.

Then there’s the energy used by the factory to power the assembly lines and the fuel the workers burn getting to the factory. It goes on and on. The bottom line is every new car comes at a significant cost, some more than others.

How much energy does it take to make a car?

In its Green Living Blog, the Guardian’s experts use an input/output analysis of building a new car. They estimate that every new model takes 720kg of CO2 per every £1,000 spent by the customer. Using that theory, order an electric Vauxhall Corsa E costing £28,000 to replace an old Golf and it will have taken around 20,160kg of CO2 to produce.

Should they buy a new motor then?

In addition, it takes more CO2 to produce a new electric car than our reader’s so-called ‘dirty’ Golf has pumped out over its entire life span. The answer seems clear then. As long as the diesel Golf keeps going, the more environmentally responsible way is to keep using it rather than buying a new car.

Then when the Golf eventually gives up the ghost, or becomes uneconomical to keep repairing, it will be time to give it up and buy a new car. The message is: it creates a lot of emissions to make a new motor so it’s our responsibility to make the best use of what we’ve already got.