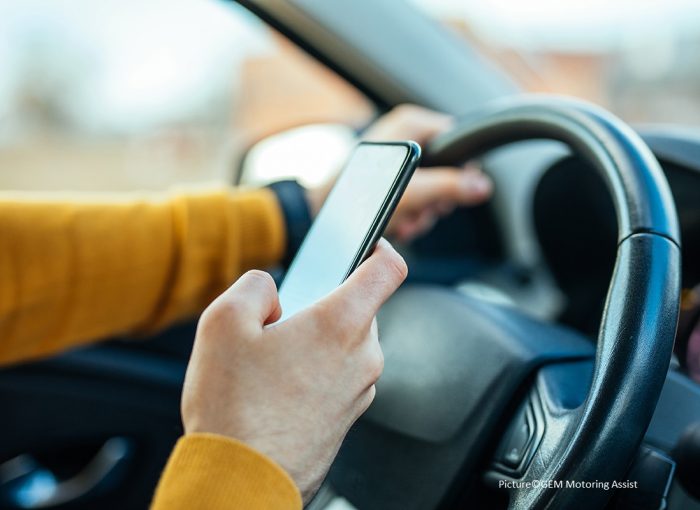 The answer is yes and no. The government introduced the law outlawing using handheld mobile phones at the wheel in 2003. This was before smartphones were a feature of people’s everyday life. The result is the law doesn’t cover being able to game while driving. But the police could still charge you for driving without due care and attention. Read on to see more detail.

What’s the law around mobile phones and driving?

Currently the law is written around old skool mobiles where making phone calls and texting was all you could do. These are called ‘interactive communications’ and they’re illegal while driving. However, smartphones do so much more. You can use them to compose emails, take photographs, pick music to stream. All this is called ‘standalone communications’. And yes, that includes games downloaded to the phone. Technically you could download a game to your phone and play it while driving, without breaking the law.

What if the police see you gaming?

If a police officer sees you with your head bowed, they need to establish if you’re using a phone for interactive communication. That’s the only way they can secure a conviction. If there’s any doubt around this, or the driver can show they were gaming for example, the police won’t be able to secure a conviction for driving while using a handheld mobile.

They can still nick you…

The police might see you gaming at the wheel and decide it’s affecting your driving. If that’s the case, they can try to secure a conviction for driving without due care and attention.

It’s a classic case of the law not keeping up with technology. The government now argues, quite rightly in our opinion, that the many of the functions smartphones offer are just as dangerous as talking or texting. It seems insane (to us at least) that while you can’t legally look at a text at the wheel, you can game. After all it still requires you to take your eyes off the road. And the demands on your attention are similar.

The law is changing

The government has already issued a consultation paper on this and is likely to change the law in the spring of 2021. This will prevent drivers from having any contact with their phone, unless it is safely held in a cradle. Of course drivers will still be able to use their phones by tethering them to the car. But they must activate their phone via voice control, steering wheel buttons or the car’s central screen.

What will the punishment be?

The current penalty for using a handheld mobile phone is six points and a £200 fine. When the law changes, the punishment for using or touching a mobile or other handheld device will remain the same. The penalty will even apply if a police officer spots you picking up your phone to reject a call or turn it off while driving.