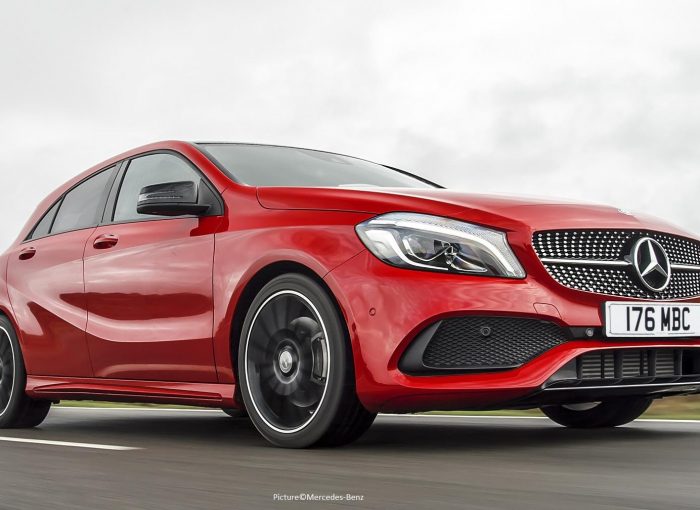 The Mercedes-Benz A-Class started life as a radical take on the small car. Its awkward, frumpy looks didn’t appeal to the mass market so it’s hardly a surprise that Mercedes replaced it with a model designed to be more mainstream.

That third-generation of A-Class went on sale in 2013. The result is a car that looks like a sensible rival to the Volkswagen Golf, Audi A3 and BMW 1 Series.

The A-Class was instantly far more popular than its predecessors. In 2021, it’s one of the top 10 best-selling new cars in the UK. We set a notional budget of £14,000 for a used A-Class and were spoiled for choice.

For that money you can buy a car that’s anywhere between a 14- and 66-reg. What you settle for will depend on engine, specification and mileage. But the bottom line is you won’t struggle to find a car that ticks your boxes.

What is the A-Class like as a used car?

Although it’s less quirky than the models that went before it, the current A-Class is certainly a decent all round package. Is it the best of the bunch? No, and by some distance. There are other family hatchbacks wearing premium badges that do a much better job. Even so, if you’re after a decent-looking small car, you could do much worse than this.

Which is the best A-Class to buy?

For our budget you can buy cars either side of the September 2015 facelift so make sure you know which A-Class you’re looking at. Cars made after the facelift had more standard equipment such as alloy wheels, cruise control, reversing camera and Apple CarPlay™/Android Auto.

There’s a decent choice of petrol and diesel engines. The petrols are quieter and easier to live with on a daily basis, the diesels are much more economical. As with many cars, we think the character of the smaller engine suits it better so we’d put our money on the A180 (which is actually a 1.6-litre).

What the A-Class does well

The A-Class is a good looking car; long and low with interesting sweeps along the side. There’s a wide range of engines with four petrol and three diesels. And there are five trim levels. We’d go for the standard SE but if you want a car that looks sporty and aggressive, you can always choose the AMG trim.

Inside, the driving position is low and will suit most body shapes. It also feels sporty and exudes classiness, although it still isn’t quite at the same level as the Audi A3.

From a driving perspective, this A-Class is a big improvement on its successors. It feels stable through corners and has plenty of grip.

What the A-Class doesn’t do so well

Space in the back feels distinctly cramped with limited head room. Three adults won’t thank you for putting them in there on a long journey. The ride isn’t great either. That same firmness that helps it handle corners well bangs and crashes over even the smallest bumps. And while that low seating position feels sporty, it makes seeing out of the back tricky.

There is also a litany of faults affecting A-Classes. Models built between 16 July and 11 September 2015 are at risk of camshaft failure. Cars built between 1 October and 19 November 2015 can suffer dual clutch gearbox failure.

And there’s warning of an electrical fire on cars built between 1 February 2014 and 28 February 2017 in a specific set of circumstances. If you decide to go for one of these cars, do your homework and make sure any recall work has been carried out.

If you’re wedded to having an affordable car that wears the three-pointed star, the A-Class is the obvious choice. Its popularity also means it holds its value well. However, we think there are better alternatives from other manufacturers out there.