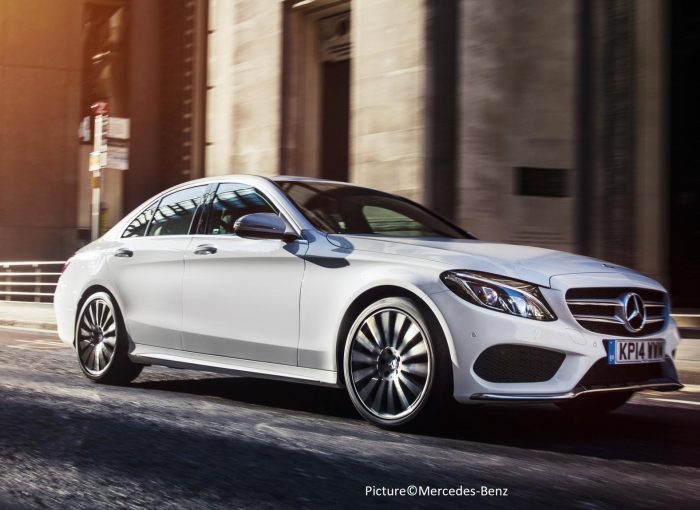 The C-Class is the Mercedes-Benz rival to the BMW 3 Series and Audi A4. With anything up to £14,000 to spend, our reader will be able to get a 2014 to 2016 car . We investigate the good, the bad and the ugly of that generation of Mercedes C-Class.

Which model is it?

Mercedes-Benz introduced the C-Class in 1993. But the model we’re looking at is the fourth generation or in Merc speak the W205. European sales of this began in spring 2014. Make sure you’re buying the W205 and not a highly specified version of its predecessor, the less desirable and capable W204.

What can you expect?

The C-Class is available as a saloon, estate, coupe and convertible. We’re looking primarily at the saloon and estate models. The W205 is a big improvement over its predecessor. It’s lighter by about 100kg making it much more efficient.

The good news is this generation of C-Class wasn’t replaced until 2021. And it was one of the best-selling cars in the country so there are plenty of high-quality used models around.

Which models to look out for?

There is a large range of engines, both petrol and diesel. We think the diesels are probably the best bet as in this car they offer much better fuel economy than the petrols. For the C250, Mercedes-Benz quotes 64.2mpg and a swift 0-60 time of 6.6 seconds.

Premium German car makers have a reputation for being stingy with standard equipment. However, the entry-level SE version of the C-Class is reasonably well equipped. Leather trim, a reversing camera and cruise control are all present. However, if you want built-in sat nav, you need to go for the Sport model which also features heated seats.

Mercedes-Benz used to enjoy a reputation for bullet-proof reliability. Not anymore. Engine software problems have been reported with this C-Class. If you’re looking for a model with sat nav, Merc experts advise you go for a later car with the COMAND system.

Even so, be warned: earlier versions of the COMAND system can freeze. It’s important to ensure the system is running the most up-to-date version of the software.

If you do choose a petrol model, the 1.6 and 2.0-litre versions have been known to suffer from thermostat failure. You’ll know if your car is suffering because the temperature gauge won’t stop rising. There have also been problems with petrol lines. When you’re looking at a car, run your nose over the engine bay for the tell-tale whiff of petrol.

Some models have apparently suffered from problems with the central locking system.

Look out for recalls

There have been a number of recalls for problems with the airbags and steering so ensure any car you buy has had the necessary work done. You need to see the paperwork as proof.

Bearing in mind that this is a premium car and expensive to fix, we’d advise you buy approved used from a Merc dealer so that you get the 12-month warranty. If you don’t, make sure your car has a full service history and all the bills for work done to it.

Follow those rules and you’ll get a comfortable and relaxing car to spend time in and one that’s enjoyable to drive.