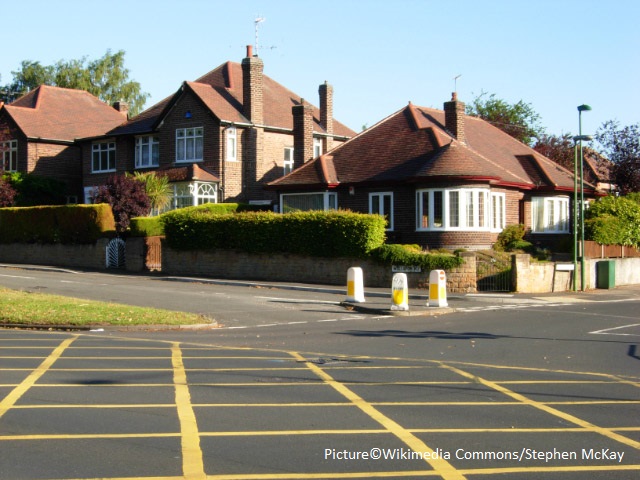 From December this year, councils in England and Wales will be able to apply to take over monitoring moving traffic offences from the police. The result is hard-pressed drivers will more likely be hit with fines.

It’ll go something like this. The 300 councils in the UK will have the choice of taking over fining drivers for stopping in yellow box junctions, pulling dodgy U turns and driving in unused bus lanes. After the initial investment in hardware (ANPR [Automatic Number Plate Recognition] cameras and signposting) they’ll be able to rake in £70 a pop from unfortunate offenders. And why wouldn’t they? There’s serious gain to be had.

Currently, the only councils in the UK that can fine drivers for moving traffic offences are authorities in London and Cardiff. Between them in 2018/19, RAC research shows they raised £58.2million. Apparently, one junction in west London alone was responsible for £1.7m of that.

Cameras will be springing up at box junctions

Councils are skint. They need to plug the hole in their budgets caused by various crises over the past 13 years. And surprise, surprise, they’ll be turning to drivers to do that. So cameras at box junctions will be springing up around the country.

But we believe this is the government seeking answers to a problem that strikes to its heartland voter.

The Conservative Party likes to make out it’s the party of law and order. That appeals to its traditional voters. The trouble is, police numbers ‑ and particularly traffic cops – have been dwindling over the past decade. And that’s not a good look.

A recent poll by the AA revealed a worrying trend. Three quarters (74 per cent) of people asked said they believed drivers could get away with offences because of a lack of road policing. Eighty-five per cent said they thought having a more visible police presence would make roads safer.

The government’s got the answer

This wasn’t the result of a PR company asking the usual ‘representative selection of 1,000 people’. This was 15,500 people.

But that’s all right. The government’s got the answer: switch policing of moving traffic offences to the councils. It might not get cops back in cars but with the power of the mighty ANPR, it’ll be able to claim the problem’s now in the hands of local authorities.

Just one little problemette: only 14 per cent of people asked by the AA said the roads can be policed by cameras alone. People want proper police to cope with the increasing numbers of cars on the roads. And that’s one thing successive governments have singularly failed to deliver.

The number of traffic officers has declined by more than a quarter in the last decade. And some forces, Northamptonshire for example, have recorded an 83% drop in traffic police figures in 2018 revealed.

So that’s a long way of saying, yes, transferring powers over moving traffic offences from police to local councils will take more money from drivers. It’s certainly not going to make the roads any safer. Car drivers will simply be paying more for the things we already stump up for through various taxes.