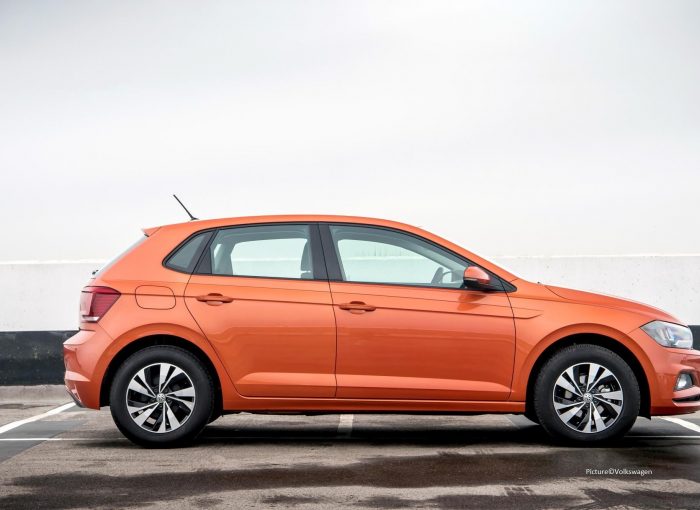 This is a perfect storm of cars growing and legislation governing parking spaces failing to keep up with their ever-increasing dimensions.

Parking spaces have stayed the same

The recommended size of parking spaces by the Institution of Structural Engineers has stayed pretty much the same for the last 40 years. For multi-storey car parks, bays are supposed to be 2.4m wide and 4.8m long.

You don’t have to look far to realise why cars don’t fit them. The 2400mm width of bays is the biggest problem. If you take the latest VW Polo and park in the centre of a standard-sized bay, there is just 359mm on either size – a shade more than a foot – to open the doors. Volkswagen says with both its front doors open, the Polo measures 3456mm. That’s more than a metre wider (528mm either side) than the bay width.

Many of today’s cars are longer than 4.8m. The latest Ford Mondeo is 4869mm long. A new Audi A6 is 4951mm long and in long wheelbase form, the latest Range Rover is 5199mm long. In width terms, the Range Rover’s body is 1984mm wide giving the driver 416mm to open their door. And that’s if they park right up to the bay’s edge on their nearside (passenger’s side).

How much have cars grown?

Lengthwise, the new model is 13% longer and its width has grown by 8%. Put those together and the area the car takes up on the ground has grown by a fifth (21%). In fact, the new Polo is slightly larger than the VW Golf Mk1.

Why have cars grown so much?

Safety and equipment levels are the twin reasons our cars have grown. First of all, cars must now feature structures to take the energy out of crash impacts. And of course, they have multiple airbags, something that wasn’t available to the mass market until the 1990s.

On top of that, we expect much more for our money nowadays. As well as having comfy seats, plenty of sound deadening plus equipment such as sat nav and DAB radio, the vast majority of new cars feature air conditioning. And to drag this lot around, they need more powerful engines that must also generate fewer poisonous exhaust emissions.

On the original Polo, you had a choice between two and three doors. Standard equipment was, to say the least, spartan. There was just a single door mirror on the driver’s side, and you had to pay extra for chromed bumpers and sun visors. The smallest engine had a mere 40hp.

The current Polo is only available as a five-door hatchback and the smallest engine is 65hp. But it’s inside where it differs most radically. The latest Polo, like most of today’s small cars, appears luxurious when it sits next to its ancestor with niceties such as air-conditioning and multiple safety features.