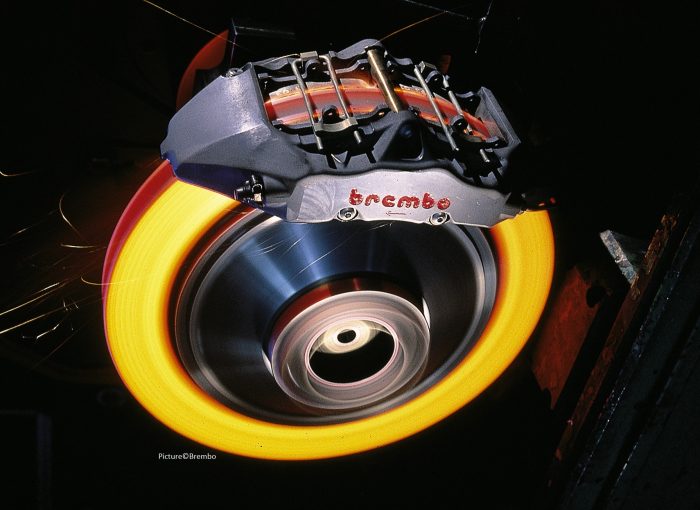 ABS stands for Anti-lock Braking System. It’s been fitted to all new cars since 2004. The aim of it is to help drivers to maintain control when they’re braking heavily. It’s an electronic system and usually works seamlessly but cars can have problems with ABS brakes.

How you do you know if your car has problems with ABS?

An easy way to tell is if the red warning light on the dashboard is on. If the warning light isn’t illuminated and you suspect the ABS isn’t working, you can test it yourself.

Find a quiet straight stretch of road. Make sure there’s no one following you. Then jam on the brakes from 30mph. You should feel a pulsing through the pedal and hear what sounds a bit like a mechanical chattering noise. That is the ABS repeatedly applying and releasing the brakes. If the wheels simply lock up and you skid helplessly along the road, the ABS isn’t working.

It has been known for people not to bother fixing their ABS if it breaks. If the ABS warning light is on, the car will fail its MOT. And if people want to sell their car, they might then disable the warning light to fool buyers into thinking it’s OK.

However, this can’t completely disguise the problems with ABS because a diligent MOT tester will probably notice that the brake warning light doesn’t come on and your car will fail its test. And of course, your car won’t be as safe as it was designed to be.

Why does ABS go wrong?

It’s usually the blight of the modern motor car: the failed sensor. These can get dirty and stop giving readings or simply pack up. If it is a simple sensor failure, the part isn’t too expensive to replace. But the labour might be, depending on where you take the car.

What’s the purpose of ABS?

As its full names suggests, ABS is designed to stop your wheels locking up and skidding. Think back to when you were a kid on your bike. When you jammed on the brakes, the wheel locked and you did a long skid, leaving a black line along the pavement.

Although your wheel stopped, the friction of the tyres on the road usually couldn’t overcome the momentum of you plus the bike (and if it did, you went over the handlebars!). It’s the same with cars. In a car without ABS if you jam on the brakes the car would skid, straight into an accident if you were unlucky. ABS was designed to stop that. And by doing so it enables you to keep control and change direction under heavy braking – something that’s impossible if the car is skidding.

How does ABS work?

ABS uses sensors to measure each wheel’s speed. These feed data back to the car’s computer which by matching wheel speed to vehicle speed can tell whether a car is skidding.

If it is, the ABS computer takes the brakes off enabling the tyre to regain grip on the road. The computer then reapplies the brakes until the wheels skid again, lets them off and so on until you come to a halt.

This works because it all happens in fractions of a second, applying and releasing the brakes up to 15 times a second. And the brakes of each wheel are released and applied depending on that wheel’s grip, maximising the entire car’s hold on the road, its ability to stop and the control you have.