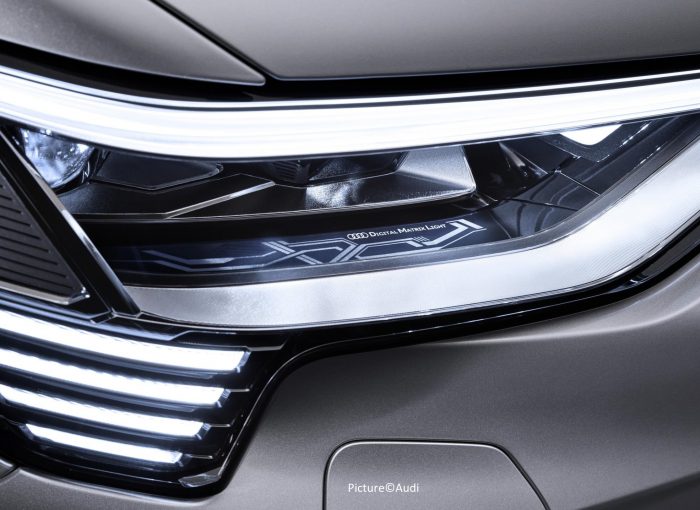 LED lighting is the go-to for new cars. And unsurprisingly, drivers of existing models want a slice of the action with brighter lights and greater visibility. But adding LED bulbs could cause your car to fail its MOT.

Can you fit LED bulbs to your car?

The simple answer is yes, you can. Look on the internet and you’ll find plenty of companies willing to sell you LED bulbs. These are known as aftermarket or retro fit. Manufacturers will frequently sell them designed for your specific make and model of motor. However, fitting them to your car could make it unroadworthy in the eyes of the law.

Assuming your car was built after 1986, its headlamp bulbs must have a European E approval mark or conform to a British Standard. This is according to the UK government’s Road Vehicle Lighting Regulations 1989. And you can’t buy LED bulbs that do have an approval mark or British Standard because there’s no legislation covering LED bulbs being fitted to headlight units designed to take halogens. That’s because the law was written before LED lighting was available on production cars.

The MOT test was amended when the UK left the European Union on 1 January 2021. The section for testers around bulbs now reads: “Existing halogen headlamp units should not be converted to be used with High Intensity Discharge (HID) or Light Emitting Diode (LED) bulbs. If such a conversion has been done, you must fail the headlamp.”

What the law used to say

Previously, the MOT tester would check that the car fitted with LED bulbs had a self-levelling or headlight cleaning system. If these systems weren’t working, the car would fail. If the car didn’t have these systems, it would pass. There was no other mention of aftermarket bulbs so as long as the beam was the right pattern and the correct colour, the car wouldn’t fail on its headlights.

In one of these strange anomalies to the law, if the car had LED lights, it wouldn’t fail the MOT simply because the lights didn’t have an approval mark or British Standard rating. To police that, MOT testers would have to check every wear and tear component on every car.

What about other lights?

The 2021 change to the MOT rules only talks about headlights. Therefore you could theoretically replace your brake or fog lights with LED bulbs. And although the bulbs wouldn’t be road legal, your car would probably pass its MOT test.

Our view on aftermarket LED bulbs

If all this sounds a bit confusing, that’s because the law is outdated. It should be changed to take into account aftermarket LED bulbs. But these also need to be legislated on. Cheap sub-standard LED products are doubtless responsible for blinding thousands of drivers daily. These need to be stopped. We’ve no doubt quality bulbs are a valuable road safety addition to cars. But at the moment we’d advise anyone considering a bulb upgrade to stick with halogens. Particularly in light of the recent changes to the MOT guidelines.

Why is LED lighting so popular?

There are multiple reasons for this. Most importantly, LEDs are brighter than regular halogen bulbs, ensuring better vision and greater safety. They also use less energy and to further increase efficiency, the units weigh less. Lastly, they are smaller and more flexible giving the designers more freedom with their shape and therefore the look of the car.