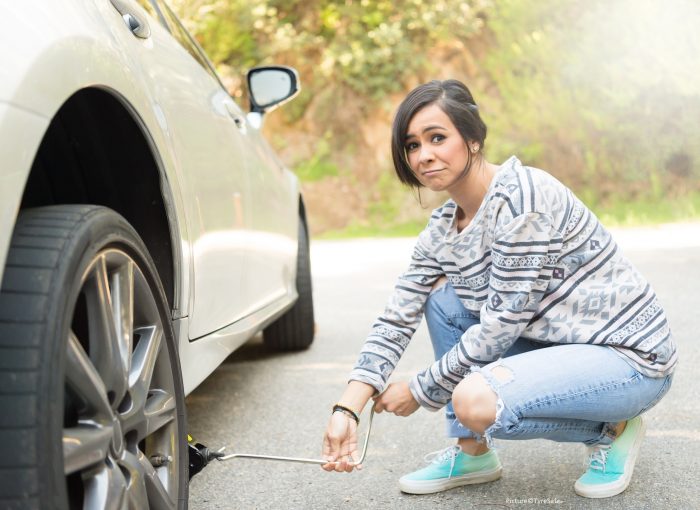 Tyres wear at different rates, whatever the car. Rotating tyres is when you switch them round on a relatively regular basis to get the most wear out of all of them. But is it really necessary? Read on to find out.

Why do tyres wear at different rates?

Front tyres usually wear faster than those at the rear. This is because on most cars, the front wheels have the weight of the engine over them, they have the engine’s power going through them, and they do the steering. That makes them wear more quickly than those at the back which lead a relatively stress-free life.

How often should you rotate tyres?

How do you do it?

You have to be comfortable changing a wheel. And if you don’t have a hydraulic lift, you must bring the spare wheel into play. This is because you have to remove one wheel, replace it with the spare, then take the car off the jack so you can jack up the other end to do the swap and so on.

What order should they be rotated in?

Front-wheel drive cars Move the front tyres to the rear, keeping them on the same side. Move the rears to the front, swapping sides.

Rear-wheel drive cars Move the rear wheels to the front, keeping them on the same side, move the fronts to the back, swapping sides.

Why do some people say it’s best not to bother?

There are three reasons for not rotating tyres. First, there’s the effort of doing it, particularly if you don’t have a trolley jack, axle stands or a pneumatic tool for undoing and tightening all those wheel nuts.

Second, if you regularly rotate your tyres, when one does get down to the minimum 1.6mm of tread depth, you’ll probably have to replace all four tyres at once. If you don’t bother rotating and let them wear naturally, you can have the tyres on the rear axle moved to the front and buy two new tyres to fit on the back. It means you’ll only have to fork out for two tyres at a time, which might help with budgeting.

The third reason is that it’s safest not to have worn tyres on the rear axle. This is because for the majority of drivers, it’s easiest to deal with understeer (when the front won’t turn into a corner) than oversteer (when the rear comes round, causing the car to spin). The more worn tyres are, the less grip they have and the more likely they are to lose their hold of the road. And it’s safer for the front wheels to lose traction than the rears.

If you’ve got a friendly garage owner, or one in the family, it’s the work of 15 minutes. If you haven’t, it’s a bit more involved. It also depends on your budget.

If you like to replace all four tyres at once (handy if you’re going to switch to all-season tyres perhaps) it’s a good idea to rotate so you’re not throwing away at least two tyres that have plenty of wear left in them.