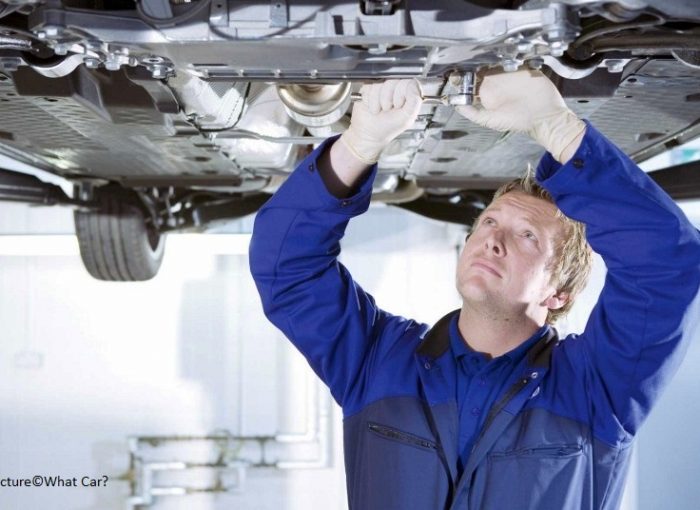 We’ve been asked by more than one reader how to save money on servicing. It’s not easy because running a car is being just as affected by price inflation as other areas of motoring. But there are some clever ways you can cut your motoring costs without cutting corners.

Where the cost is in servicing

There are two main components that make up the cost of servicing: parts and labour. Although it’s difficult to do away with the costs entirely, it is possible to trim both.

How to cut labour costs

Think about how old your car is. Is it still under warranty? Although you are perfectly entitled to take a car that’s under warranty to an independent garage, that garage must follow certain procedures and use certain parts for the warranty to remain valid.

Even then you might find that if you have to claim on the warranty, the manufacturer will refuse because the independent technician hasn’t dotted the i in the right coloured ink.

If a car is outside its manufacturer warranty period, you will doubtless save money by taking it to an independent garage. And if it’s an old car, you might consider having a mobile mechanic come to you.

How much will you save?

That really depends but as a ballpark, the last time a survey was done, it found that on average, manufacturer franchises charge about £99/hour. The average for an independent was £56/hour.

According to Checkatrade, mobile mechanics cost anywhere between £25 and £60 an hour.

It is worth adding that mobile mechanics also frequently charge a call out fee so the first hour will be more expensive. Even so, you could easily halve what you pay for labour at a franchised garage by using a mobile mechanic.

Again this depends on your attitude to your car. There are different levels of spare part with different costs. Genuine manufacturer parts – what your car will have been fitted with when it was made ‑ are the most expensive. Pattern parts are the cheapest.

For an older car, you might decide that Original Equipment Manufacturer (OEM) parts strike a good balance. These are components that have been produced by the same company that made the parts for the car maker originally. But they don’t have the car company’s branding on them and so tend to be cheaper.

Where you get the parts

Before you take your car to a garage, it’s worth asking if they mind you supplying your own parts and fluids. Look in your car’s user manual and it will tell you what oil your car needs. You should then be able to shop around and buy this online for less than the garage will charge you.

It’s a similar story with wear and tear parts like windscreen wipers. And check the tread depth of your tyres. If you need replacements, shop around and buy them online. They will definitely be cheaper than if you let the garage supply them to you.

We’re not saying you’ll save a fortune following these tips. But you will make small savings in all areas. And as one famous company’s advertising says: every little bit helps.