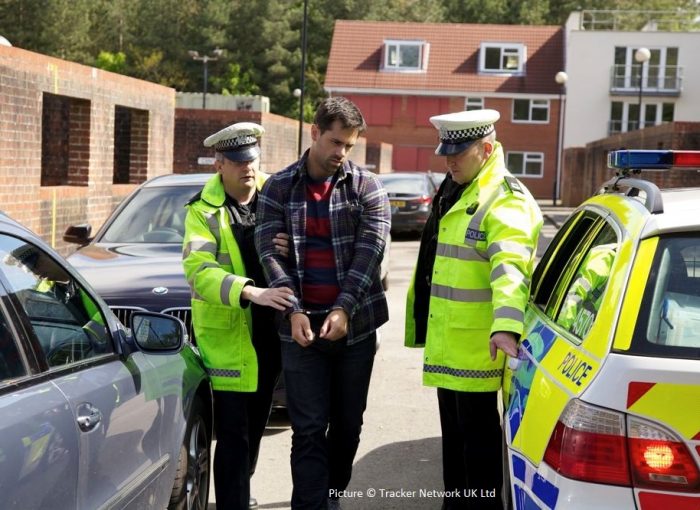 Britain used to be called the stolen car capital of Europe. That was during the early 90s when scrotes used to nick hot hatches to ‘joyride’ in. We are a long way from those days but car crime is on the increase. And the bad news is, 50 per cent of high-end models stolen are never recovered. Home Office figures at the start of the year showed a 50 per cent rise in car crime since 2014. Read on to see if you should be worried.

Why is the stolen car problem back?

It’s all down to ‘keyless’ technology. This is where owners can unlock and start their car without a traditional key. Receivers in the car detect the presence of the transmitters in the key fob. They then unlock the vehicle and allow the engine to be started. However, crooks have found a way to use this to their advantage. Security company Tracker revealed that 88 per cent of the (usually prestige) cars it recovered last year were stolen using this method.

It’s called relay theft, usually needs two participants, and relies on your car having keyless opening. One villain stands outside your home with a device to pick up the signal that your car key constantly transmits. The second is next to the car with a gizmo that picks up the signal from the first one’s device. They can bounce a signal between devices for up to 100m. This fools the car into thinking that the key is present because it can detect what it believes to be the signal from the key. The car will unlock and can be driven away.

How serious is car theft now?

The number of cars taken without their owner’s permission in 2018 was up 9 per cent on the year before. In the figures produced by the Office for National Statistics, that equates to 113,037 cars stolen, nearly a quarter of the overall 463,497 vehicle offences registered last year. Theft from vehicles is still the most popular form of car crime. This accounts for more than half of all vehicle crime. Overall, vehicle offences are up by 2 per cent in 2018. But there was a 12 per cent increase the year before. Edmund King, president of the AA said: “Having access to your keys is the easiest way for a thief to steal your car, so drivers need to ensure they protect them properly.”

How can people protect their cars?

If you have a keyless car, you need a radio frequency identification (RFID) wallet to isolate the signal from your car key. This stops crooks hacking into the signal being transmitted by the key. Alternatively, you could keep your car key in the fridge or in a steel box. Or you can make your own RFID wallet with bubble wrap and tin foil.

What are the most popular stolen cars?

Tracker compiles its own data according to the cars it recovers because of its tracking system. Analysis of its figures echoes the government statistics. Nearly nine out of 10 stolen cars (88 per cent) it recovers feature keyless technology. As you might expect, premium brands reign supreme because they have well-healed owners who deem their cars worth protecting with Tracker’s system. But although they’re posh brands, they’re often slightly older models. The average value of the cars Tracker recovers is £20,000. BMW, Mercedes and Land Rover models feature heavily on Tracker’s most stolen cars list (below).