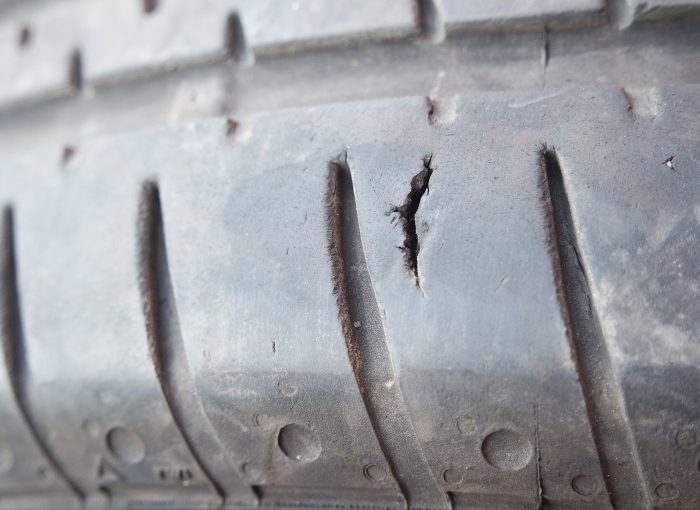 If you look at the side of your tyre, there’s all sorts of writing on it. This is all important for a variety of mainly safety-related reasons. As well as tyre size, the top speed that tyres are certified for (speed rating), and how much weight they can carry (load index), the writing also shows tyre age.

How to tell tyre age

If you look closely at your tyres, some of the writing will include the letters DOT. These stand for Department of Transportation. Following the letters are various letters and numbers. These are codes for where the tyre was constructed. At the same part of the tyre there is an embossed panel with four digits in it. These are when the tyre was built. The first two are the week in the year; the second two are the year itself. So 2216 says the tyre was made in the 22nd week of 2016. If the box has just three digits, you really should change the tyres: it means they were made before 2000.

What causes cracks in tyres?

Like all of us, the older tyres get, the less flexible they become. This is because the polymers used to make them weaken and become brittle. The result is cracks usually appearing along the tyre sidewall.

Tyres will also crack if they’re driven on when they’re under or over pressure. When tyres are under pressure – the most likely scenario – they generate excess heat through the extra friction of having more tyre than intended running along the road. Over time, this might cause cracking or sudden failure – blow outs. 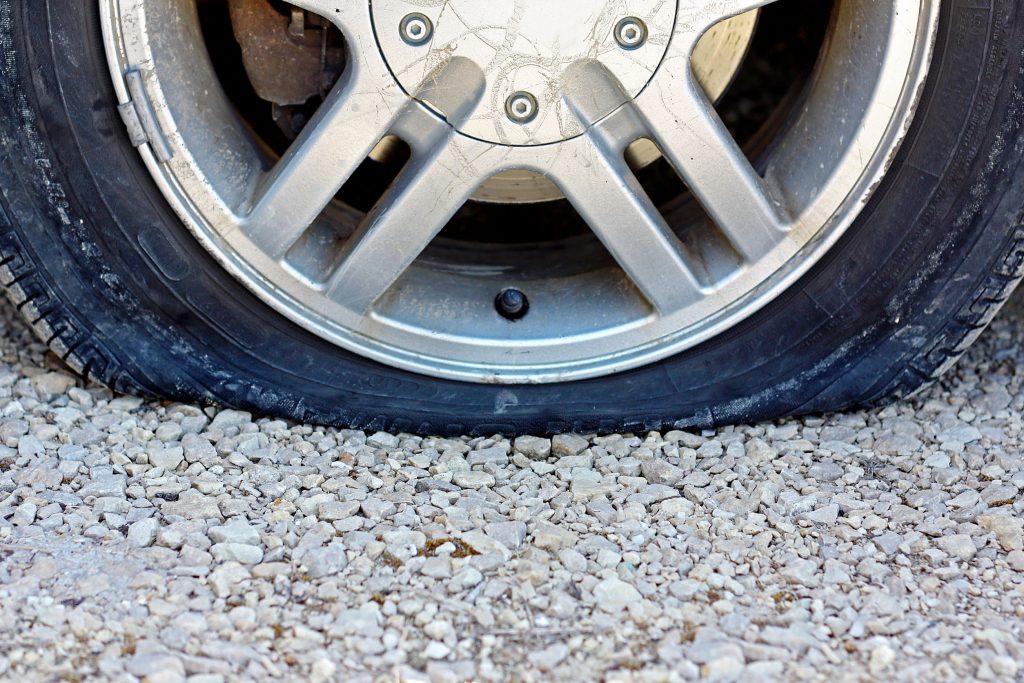 Why do tyres crack?

The degradation of the polymers in tyres can be caused by the UV in sunlight. That’s why it’s very important to check tyres that have gone unused and been standing outside for long periods of time. Tyres on caravans can be particularly vulnerable to this.

Why is tyre age important?

The older a tyre becomes, the less able it is to do its job safely. As we’ve seen, age causes tyres to become less flexible. In turn this means they don’t grip the road as well. Older tyres are also more likely to suffer sudden failures.

Can you fix cracked tyres?

Unfortunately not. It’s not recommended that a cracked tyre is mended. This is because the tyre’s structure has been affected. Cracked tyres should simply be replaced.

Are cracked tyres an MOT failure?

The MOT tests that the tread depth is more than the legal 1.6mm minimum. Inspectors also look for bulges, tears and cracks in the tyre. If any of these are present, the tyre might be deemed dangerous and the car could fail its MOT. The age of the tyre alone isn’t sufficient for it to fail its MOT.

What age are tyres when they’re past it?

Experts at Continental say tyres should be replaced when they’re 10 years old. So probably best to check that little window on the side of your tyres now. It’ll tell you exactly how old they are.