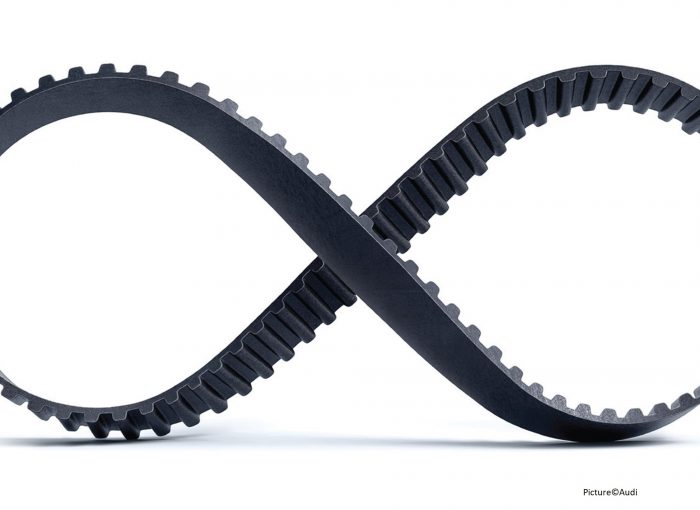 The timing belt, sometimes called cambelt, is a vital part of a modern car and crucial to how the engine operates. That’s why it’s important to know when it should be changed.

What does the cambelt do?

An engine relies on valves to let the fuel and air mixture into the cylinders and the exhaust gases out. The timing of these valves is crucial to how the engine performs and it is controlled by the camshaft(s) and crankshaft via the timing belt.

What is it made of?

Modern cambelts are made of a rubber composite so they will perish over time.

What happens if a cambelt breaks?

The result of an engine’s timing belt breaking is likely to be catastrophic. Imagine an orchestra’s conductor taking an unscheduled coffee break: everything goes out of synch almost instantly.

Depending on the type of engine, pistons can collide with valves and at the very least the motor will need stripping down and rebuilding. It might actually be cheaper to replace the entire engine. While a snapped cambelt can cause possibly terminal damage to an ‘interference’ engine. On a ‘non-interference’ engine, it will simply result in it stopping working.

How do you know if your car has a timing belt?

Not all cars use timing belts. Some use timing chains which are much more durable and unlikely to need replacing. The best way to find out if your car has a timing belt is to look in its user manual. It should tell you if and when it needs replacing. Even so, given its importance, it’s advisable to have the timing belt checked regularly.

When does a timing belt need replacing?

These need changing usually every 30,000 to 60,000 miles or every five years, whichever comes first. That’s because timing belts suffer a lot of abuse, operate in a hot sometimes dirty environment and can wear prematurely. When you buy a car, it’s worth checking your car’s user manual to see when the cambelt needs replacing. Then look at any paperwork that came with the car to see if or when it was last done.

How much does a new timing belt cost?

This is one of those big-ticket jobs that thankfully don’t need doing very often. And just as well. You’re unlikely to get away with replacing one for much less than £350. Very often, while the technician has your car in bits, it makes sense for them to carry out other jobs, which makes it more expensive in the short run but should save you over time. On some engines, it’s recommended having the water pump replaced at the same time as the timing belt because you have to take one off to get to the other.