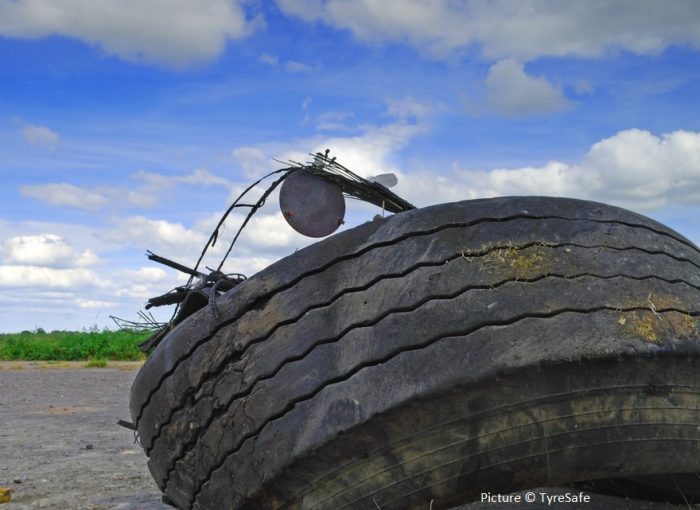 Anything that’s out of the ordinary on a tyre, such as a tyre lump, should be considered serious. Tyres are the only contact your car has with the road so ensuring they’re in tip-top condition is vital. Here’s how to check your tyres and what you should look out for. We recommend that you carry checks out at least once a fortnight.

What causes a tyre lump?

Lumps do sometimes appear in the tyre’s sidewall and they indicate the tyre needs replacing. They’re unlikely to be a manufacturing defect. It’s far more likely that hitting a pothole is the cause.

This prompts the tyre’s cords ‑ the internal web of material that gives the tyre its strength ‑ to fail. As a result, the air pushes out the rubber causing what looks like a bubble to form. Once that’s occurred, it’s only a matter of time before the tyre fails, possibly ‘blowing out’ at speed. Lumps in a tyre will result in your car failing its MOT LINK. This is because a tyre with a lump in isn’t thought to be safe to drive on. 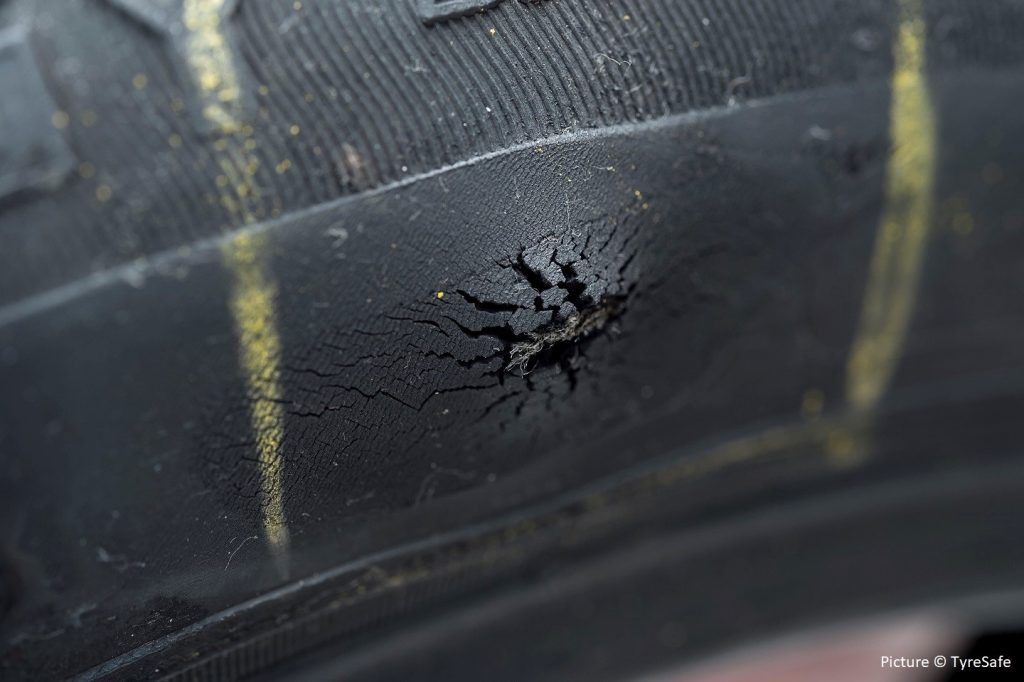 How to inspect your tyres

Get down on your hands and knees and look at the sidewall (the area of tyre perpendicular to the road). There shouldn’t be evidence of any lumps, tears or cracks in this part of the tyre. Although a tyre probably won’t lose air because of these faults, they do indicate a weakness in its structure. And they’re sufficiently serious to prompt an MOT failure.

What else to look for?

Check for foreign bodies such as nails, screws or sharp stones stuck in the tyre. Although a tyre may not be losing much air as a result, think of it a bit like a water leak: it’s never going to get better. And if for any reason the object is forced out of the tyre, it will cause it to deflate. This could leave you unexpectedly stranded and having to call out a breakdown operator.

Look at the hidden side

It’s easy to forget that as well as the tread area and the sidewall that you can see, tyres have a second sidewall that’s hidden. To inspect this, you’ll need to get down on the ground with a torch and look underneath the car. Again, you’re looking for tears, cracks and any kind of lump.

Before getting underneath it, make sure that the car is parked safely with the parking brake on and in either first gear, or if it’s an automatic, Park. And never get under a car that’s jacked up, unless it’s on axle stands. You will have to move the vehicle either forwards or backwards to check the whole tyre. Mark the edges of the part you can’t see with a piece of chalk. You can then be certain you’ve checked the whole tyre. 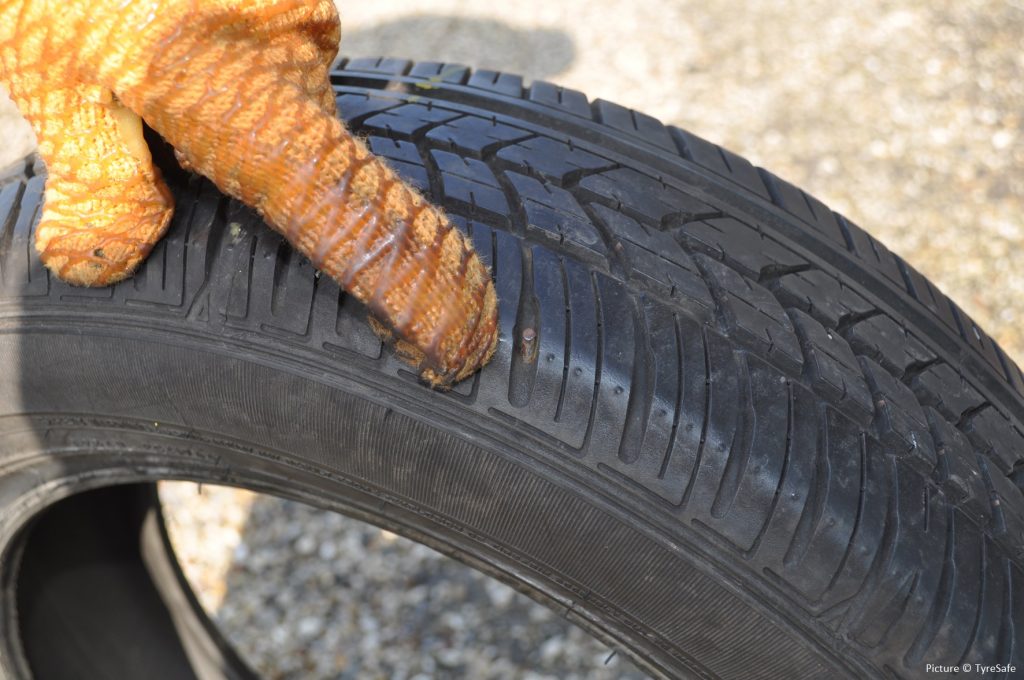 While you’re inspecting your tyres, it’s worth taking a look at the tread. This should be even across the tyre. If the tread on the inside is more worn than the outside or vice versa, your wheels are out of alignment.