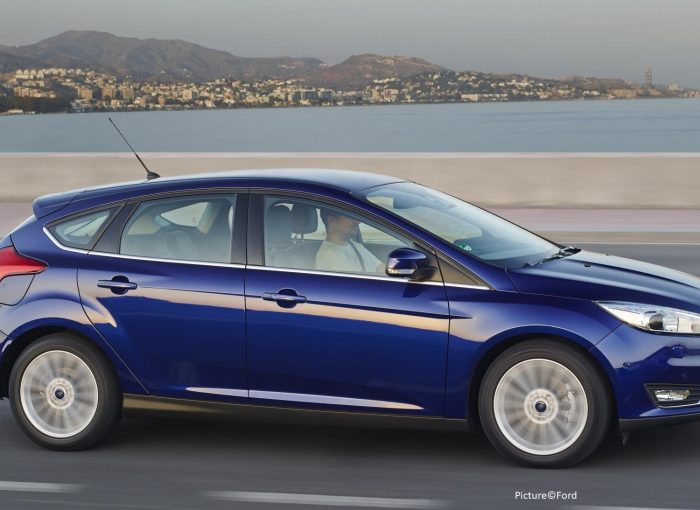 Since its launch in the late 1990s, the Ford Focus has been one of Britain’s most popular motors. It’s undergone various transformations but retains its position as the best-driving, best-selling small family hatchback money can buy.

The Focus has long been one of the biggest-selling new cars in the UK, frequently second only to its smaller sister the Fiesta in the overall sales chart. With so many going to new homes every month, there’s plenty of choice for the used buyer, no matter how much – or little – they want to spend.

As the Focus is more popular (and more heavily discounted) when sold new, you’ll also get more for your money than if you spend the same kind of money on a VW Golf.

What kind of Focus will £9k buy?

Our budget of between £8,500 and £9,000 will buy a third-generation Focus. That’s the five-door model built from 2011 onwards. We’re looking at the later version of that model, what’s known as the facelift. This was a mid-life model refresh that took place in 2014. Depending on specification and mileage this money will buy a car registered between 2016 16-reg and 2017 67-reg.

The Focus range starts with the basic Studio and Edge models. These are followed by Zetec, Titanium and Titanium X. 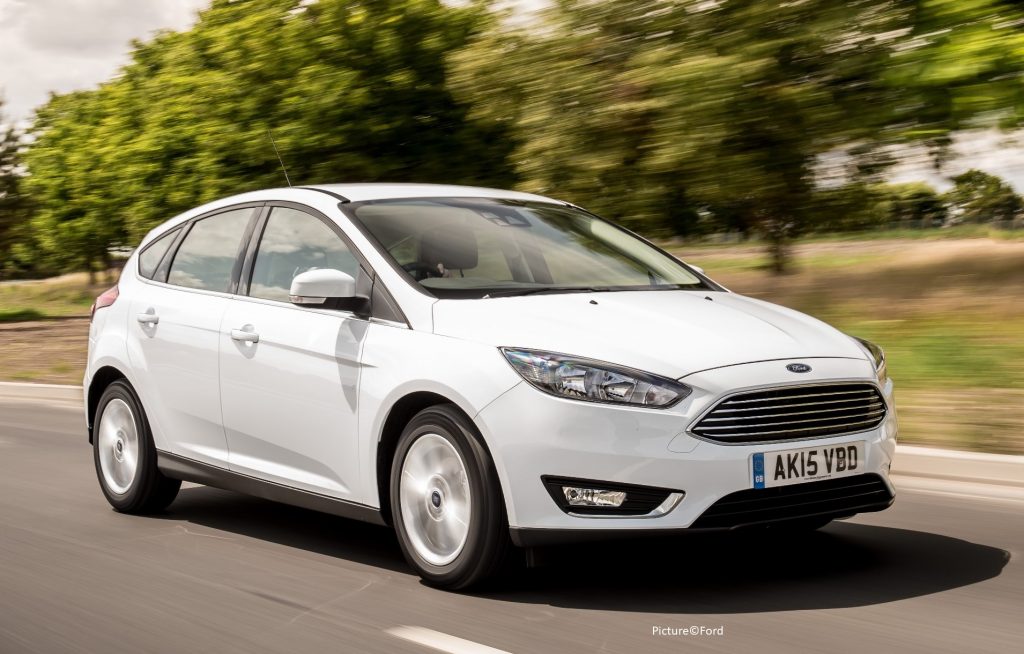 Which is the best Focus to buy?

If it’s standard equipment you’re after, we’d start with either the Zetec or Titanium models. The former has air-con, alloy wheels and side airbags as standard. Move up to Titanium and you have cruise control too.

Then you need to match this with the engine. There’s a wide choice, all of them pretty good, but we’d go for the 1.0-litre EcoBoost. Yup, a 1.0-litre engine but it’s got a turbocharger and produces either 100 or 125hp. It’s a really great blend between performance and economy.

What the Focus does well

Rivals can’t escape the fact that the Focus is the best driving small family hatchback around. But not only is it nimble and engaging when you’re on the open road, it’s also versatile enough to contain a young family. Despite being able to boast that it’s a car for drivers, the Focus’s ride isn’t overly firm and it absorbs bumps well, making it comfy on longer trips.

The cabin can’t match the VW Golf in terms of quality. Even so it’s neither cheap and nasty nor too stingy on spec (if as above you choose the right model). Many versions feature an 8-inch touchscreen for the multi-media system. 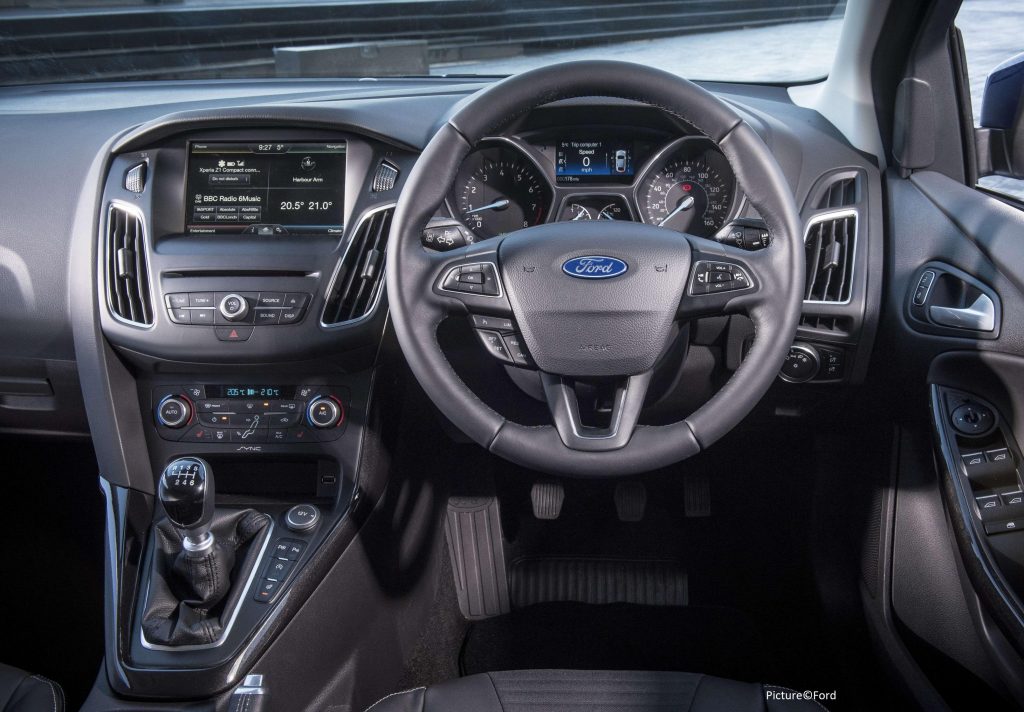 What the Focus doesn’t do so well

Obviously if it was a duffer, the Focus wouldn’t sell so well. But if we had to specify one area where it lagged behind rivals, it would be boot space. This results in practicality suffering slightly, but probably only if you’re a family of four taking one on holiday.

If you enjoy your driving, the Focus is the small family hatchback for you. It might not have quite the polish of a VW Golf inside but it still feels comfortable and well built. One of the downsides might be too much choice. But that may well make it easier to find one that suits your taste, needs and budget.