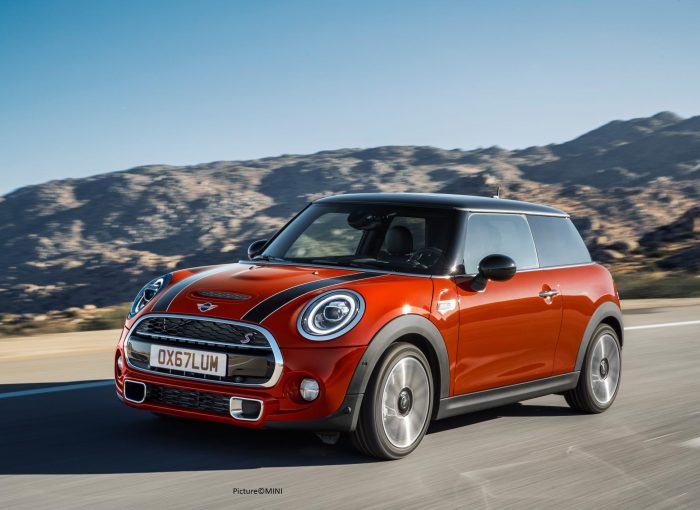 Buyers can’t get enough of the retro looks of the MINI hatchback. Since it was first launched in 2000, it has been a runaway success. Now on its third generation – the model we’re looking at – the MINI is as popular as it always has been.

How available is the MINI?

Very is the simple answer. The third-generation used MINI hatchback comes in three and five-door guises but we’ll concentrate on the three-door for this guide. Our reader is looking for a car costing less than £12,000. They also want something that’s a stylish alternative to the Ford Fiesta or Volkswagen Polo.

For that money, you’ll get a model that’s somewhere between a 16 66-reg and 18 68-reg. Age and what you end up spending depend on how many miles it’s covered and what specification it is.

Which model should you go for?

That’s a bit of a how long is a piece of string question. MINI is huge on personalisation meaning no two models are likely to be the same. The most basic model is the One. Next up is the Cooper which is probably the better choice as it’s less stingy on standard equipment. But on top of that there are various ‘packs’ which add further options and special editions which yield yet more.

Write a list of the features that are important to you. Then find the cars that correspond. Otherwise, it’s possible to get lost down different rabbit holes of wheel and roof choices.

There are a variety of engines ranging from 1.2 turbo to 1.5-litre turbo petrols. High performance petrols get a 2.0-litre turbo. There’s also a choice of 1.5 and 2.0 turbo diesels. We’d go for the 1.5 turbo petrol as a decent blend between performance and economy.

What does the MINI do well?

The interior is excellent. There are plenty of quality materials and it has an aura of being well designed and solidly put together. The circular central screen apes the original Mini’s speedo. And the driving position feels racy and low.

On the road, the MINI is a great steer. You feel the kind of connection with the road that few other small cars can offer. It’s a frequently used cliché but it really is a bit like driving a go kart.

What doesn’t the MINI do so well?

The ride might be a little too harsh for some tastes. Most MINIs have run-flat tyres which can cause bumps in the road to reverberate through the cabin.

Neither is the MINI the most commodious car of its kind. Space in the back is fine for kids, not so great for adults. And the boot is tiny. In fact you’d be lucky to get a week’s shopping in there. About the only thing it’s got going for it is you can fold down the seats if you need to carry more than one suitcase. Corsa, Fiesta and Polo are all better buys in this respect.

If you’re after a car to put the fun into funky, the MINI is it. They look good and drive brilliantly well. They’re not the most practical car on the road but the high-quality build and good looks make up for that. We think whether you should choose one or not comes down to whether you need a car to carry more than two people.