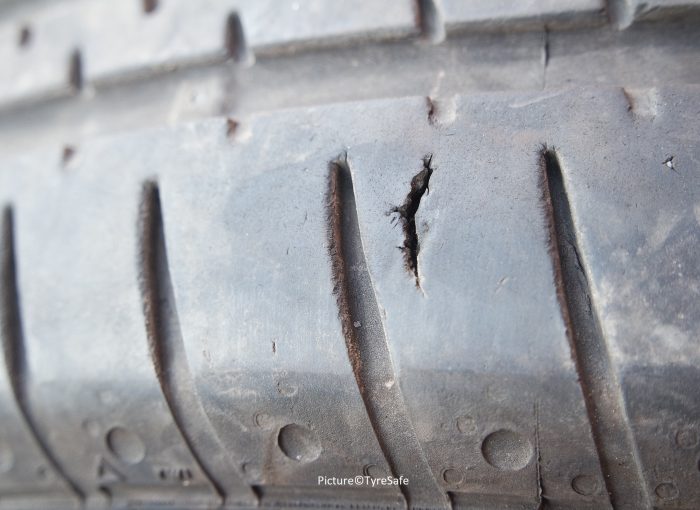 Our reader needs a pair of replacement tyres to get their car through the MOT. They’re considering part-worn or used tyres to save themselves a few quid. We’ve already looked at part-worn tyres but it’s worthwhile investigating this case.

What are used tyres?

If a car has an accident or an insurer writes it off because it’s not financially viable to save it, the tyres may well have plenty of life left in them. A lot of part-worn tyres come from Germany where the regulations regarding tread depth are tougher than here: 3mm is the legal limit, rather than the 1.6mm we have.

Businesses then frequently ‘recycle’ these tyres to take advantage of the opportunity to make money from drivers keen to save some money.

The trouble is, you don’t know the answer to this. The tyre may have been properly looked after throughout its life and be in perfect, if slightly worn condition. Alternatively, it may have spent its whole life being run without enough air in it and only have a few hundred miles of wear left in it. And that’s the problem: you just don’t know.

If a tyre has been abused, possibly run for miles without enough air in it, it might have suffered internal damage. This could mean it’s a time bomb, waiting to blow out and possibly put your life in danger. On the other hand, it may have many miles of safe motoring left in it.

Is there a safe way to buy used tyres?

Look on the internet and you’ll find loads of companies selling used tyres. In order to do so, they must abide by certain rules:

What if tyres have been checked?

It is possible to check a tyre for structural damage. But while a company might claim to have done this, how do you know they really have? After all, if a tyre blows out because it’s structurally unsound, there’s unlikely to be much left of it to find the reason why it blew out.

Buying more than one used tyre

And here’s another problem with part-worn tyres. You might get one premium manufacturer tyre with 6mm of tread left on it. You’re unlikely to get two that are the same size from the same manufacturer with the same amount of tread on them.

Will they really save you money?

We found a used Continental SportContact tyre in a 215/45 R17 fitment that had 6.7mm of tread remaining on it. It was being sold for £70. That works out at £13.72 per millimetre of remaining legal tread.

Shop around and you can find the same tyre, brand new, for £88. That works out at £13.75 per millimetre of remaining legal tread. That’s a brand-new tyre, that will last longer and you know it hasn’t got any hidden nasties. The 3p extra isn’t exactly a big price to pay…

We’d always say buy new. Even if you can’t afford a premium tyre, a budget new tyre is likely to be a safer bet than a used alternative, particularly if you’re buying more than one.