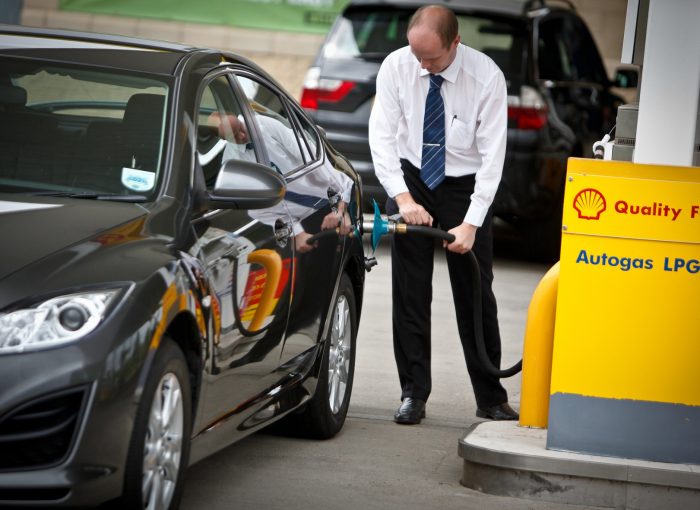 Using a handheld mobile phone while driving is against the law. And for years it’s been banned while refuelling. Is there a valid reason for this? Or is it urban myth that the signals your phone emits could cause petrol vapour to burst into flames?

It’s a myth that it could ignite fuel. The UK Petroleum Industry Association says: “Mobile phones, although not specifically designed to standards as ‘protected equipment’, pose a negligible ignition risk. And it is one that is far less than other ignition sources on a fuel forecourt.”

Brian Madderson of the Petrol Retailers Association adds: “There were concerns that using an electrical device such as a mobile phone might lead to explosions by igniting petrol vapour around the pump and car’s open fuel tank area. That has now been scientifically disproved.

“However, the forecourt is a busy, dangerous place and mobile phones can be a distraction, so it’s best to avoid using them when outside your vehicle.”

Forget the Hollywood-style fireball. You’re far more likely to be run over while using your mobile phone.

There are no examples of it ever happening

According to the Petroleum Equipment Institute, which represents 1600 companies in more than 80 countries, there have been no documented incidents of a mobile phone ever causing a fire.

If you think about it, a mobile – clever as it is – is a low power radio frequency transmitter. Its peak power is around 1 watt, 2 watts absolute maximum. That’s tiny when you consider most microwaves are 800-1000 watts. It’s also insufficient power to generate a spark.

But it could still happen…

Fuel stations encourage us to switch off headlights, engines and ignition when we’re refuelling. That’s because the danger comes from a spark igniting fuel vapour.

A mobile phone battery is unlikely to generate such a spark. But the car battery could cause a spark resulting in a fire. That said, it’s unlikely.

However, Dr Stepan Lucyszyn, an electrical engineering specialist, did tell the BBC: “If the mobile phone is switched on, and you’re changing the battery midway through transmission, then there’s quite a lot of current flowing through the battery. If you then disconnect the battery you’ll find a spark, just momentarily, but there’s enough energy within that spark to cause the [petrol] vapour to be ignited.”

And Phil Thomas a trading standards officer told the BBC in the same interview: “The main hazard is that you may drop the phone. The battery might then become disconnected, causing a spark which could ignite the vapour around the car.”

So there you have it. It’s highly unlikely but it is remotely possible. And stranger things have probably happened.