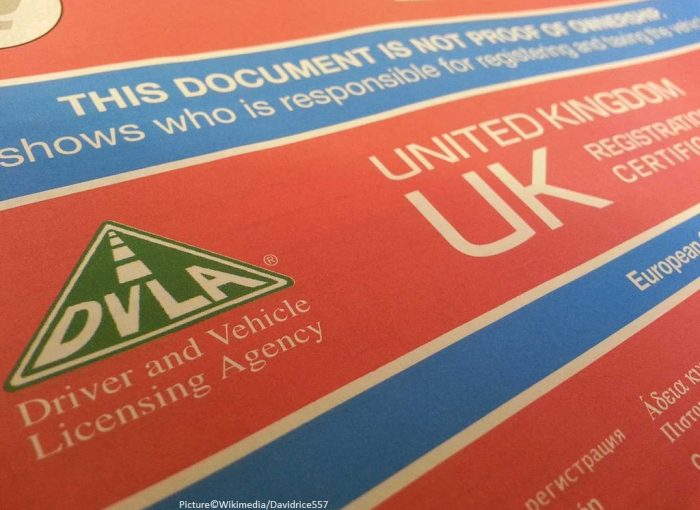 A car’s logbook is a bit like its passport and birth certificate rolled into one. It contains lots of information that’s personal to that vehicle. That makes having one important, particularly if you’re buying or selling. And getting a replacement V5C isn’t difficult.

Why a V5C is important if you’re buying or selling

If you’re buying a car, the V5C is important because it enables you to verify the car is what its owner is claiming. The V5C shows how many owners the car has had, how many miles it’s covered and the exact colour and engine capacity. It should also show the correct address of the person who’s selling it.

If you’re selling a car, getting a V5C replacement for a lost one is important because not having the document can seriously reduce the car’s value.

How to get a replacement

It’s not unusual for people to need a V5C replacement. They frequently go missing in the chaos of life, whether that’s house moves, theft or accident. If this is you, you simply need to fill out a fairly short form and pay £25 to the Driver and Vehicle Licencing Agency (DVLA). If you apply by post it’ll take around six weeks. Apply by phone to the DVLA and it’ll take about five days.

If you’ve just bought a car and haven’t received a new V5C in four weeks, you should apply for a replacement. You just need the relevant section from the previous V5C logbook and then complete a V62 form. 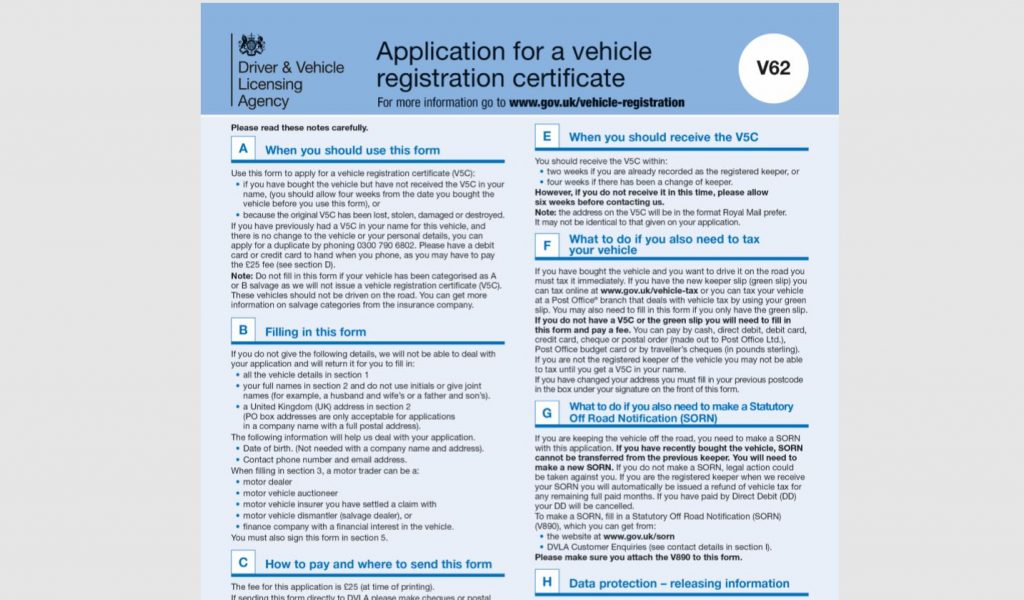 When you buy a car…

It’s important to have the V5C as you can’t tax a vehicle without this document. The car’s old keeper should register you as its new keeper, you should take a portion of their V5C (called the V5C/2) and the new paperwork should simply arrive in the post.

Selling a car without a V5C

It’s perfectly legal to sell a car without a V5C. But any sensible buyer will want a serious amount of reassurance to buy a car that doesn’t have a V5C.

Not having a V5C might indicate that you’ve got something to hide. It’s not unusual for stolen cars to be sold without a V5C. Equally the car could have been written off and then repaired illegally.

A third reason for not buying a car that doesn’t have a V5C is that it might have had a logbook loan taken out on it. This is when the car owner uses the value of the motor to secure a loan. In return for the money, they give the loan provider the log book of their car. Buy a car like this and chances are you’ll discover a finance company is the real owner of the car.

Bearing in mind it’s relatively simple getting a V5C replacement, selling a car without one shows that you must be in a hurry – again something that might ring alarm bells with buyers.

Any buyer who knows what they’re about will haggle the price down if there’s no V5C. And that’s particularly true for dealers who are also picky over paperwork such as missing service histories.

If you have to sell a car without the V5C, you must give the new keeper all the information necessary to get a V5C replacement.

That the vehicle is ‘sold as seen’