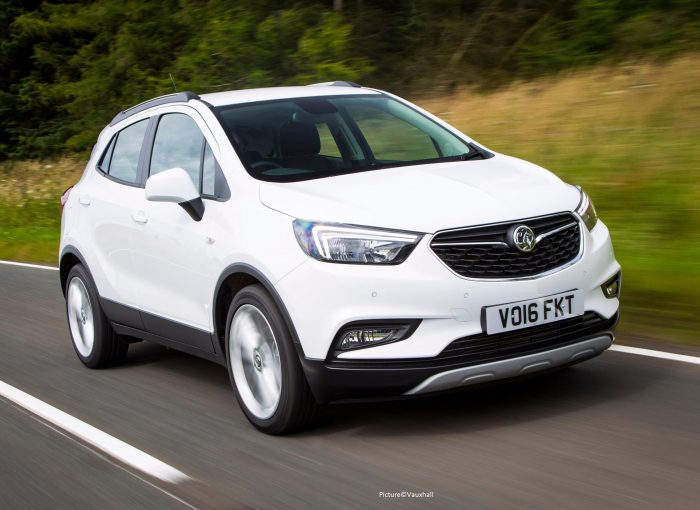 When the Vauxhall Mokka was launched in 2012, the aim was for the British brand to drive its way upmarket. The Mokka is what’s called a compact crossover, a car that combines the attributes of the supermini Vauxhall Corsa with the raised stance of an SUV.

From the moment it went on sale, the Mokka proved popular with the public, if not so much with the pundits. Part of its appeal is due to Vauxhall’s clever trick of positioning the Mokka’s size directly between Nissan’s Juke and Qashqai, thereby opening it to a wider audience.

There are plenty of them out there

The latest Mark 2 version of the Mokka that went on sale in 2020 is in the top 10 of new cars sold in the UK. And a quick glance around used car sales websites will reveal plenty of its predecessor model are available.

Plenty of choice means you should be able to find the Mokka that suits you the best. What’s more, if you’re not quite sure about a particular car, or perhaps think the price is too steep, you can move onto another trader without fear of missing out entirely.

Which is the best Mokka to buy?

Of the engines, we think the 1.4 litre turbo is the one to choose. The engine is quiet and offers more than adequate power for a car the size of the Mokka. The later 1.6-litre diesel can sound a bit noisy and bearing in mind most people will be using the Mokka around town, we wouldn’t advise it for diesel particulate filter reasons.

The Mokka was facelifted in 2016 and it’s one of these cars that you should be looking at. They have a better interior, infotainment and refreshed exterior design that makes them an improved proposition over previous models.

All Mokkas are reasonably well equipped. Even the standard S model comes with a multi-function steering wheel, electric windows and air conditioning. Choose the Exclusiv and you’ll get Bluetooth, front and rear parking sensors and 18” wheels.

What the Mokka does well

The Vauxhall is neat to look at and nicely equipped. It’s also a highly practical car with a 356-litre boot. There’s plenty of storage with two glove boxes, two centre console cubbies and a lidded storage box by the driver.

But perhaps the biggest ace the Mokka holds is that because there are so many of them around, they’re generally very reasonably priced.

What the Mokka doesn’t do so well

If you’re a keen driver, look elsewhere. The Mokka is a neat and tidy drive, and more than adequate for most people’s purposes, which let’s face it, will be crawling around town. But it won’t please fun seekers.

Only children will enjoy sitting three up in the back. And even then they’ll feel quite snug. The Mokka looks like a narrow car from the outside and it shows in the rear seat elbow room.

The Mokka is a good honest little family workhorse. It doesn’t matter that it’s not brilliant to drive and appears rather conservative. It’s well equipped, practical and safe. And there are lots of used models to choose from. It’s also got that all important raised driving position that is so popular with so many people.