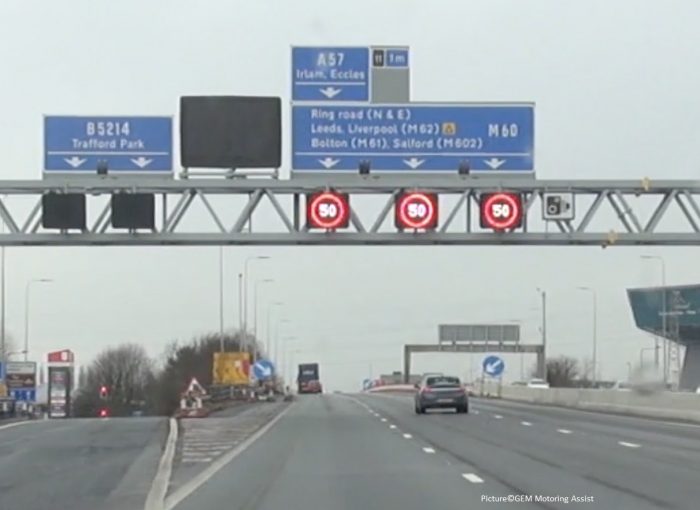 Many people will remember eyesight and driving hitting the headlines when the prime minister’s adviser Dominic Cummings drove to Barnard Castle ‘to test his eyesight’.

Our reader’s case is a little different because it’s something that occurs while they’re driving. The bottom line is, as long as they’re passed fit to drive, they can pull over to clear their watering eyes. But they must stop where it’s legal to do so.

The law around vision and driving

In order to drive, the law states all licensed drivers should meet the following eyesight requirements:

They must, in good daylight, be able to read the registration mark fixed to a vehicle registered under current standards:

Any driver unable to meet these standards must not drive and must notify DVLA, which will refuse or revoke a licence.

What about the watering?

It really depends what’s causing your watering eyes. If a medical professional has advised you not to drive because of a condition which later causes an accident, an insurer may not cover you.

If the watering is a by-product of another condition which prohibits people from driving, then you shouldn’t be driving.

Assuming you are allowed to drive

We’re sure you’ve checked with medical professionals that your condition makes it OK for you to drive. That being the case, it is OK for you to pull off the road to deal with your watering eyes.

But we would be very careful about where we stop. Most important is that you don’t put yourself and other road users in danger. And if we were you, we’d avoid smart motorways. The hard shoulder is a dangerous place at the best of times; smart motorways which have refuges for broken down cars are super hazardous.

The Highway Code (rule 240) is clear that the motorway hard shoulder is for emergencies only. If your problem does occur on a motorway, we’d advise you either to come off at the next junction or to pull into a motorway services, whichever is nearer.

Where you can stop

Even though you’re stopping for medical reasons, that’s not an excuse to park illegally. For example, the zig zag lines approaching a pedestrian crossing are a no-no.

The Highway Code is very clear about when or where you are allowed to stop. And when you are stopped it says you should turn your engine off and apply the parking brake.

Do you have to drive?

We’re sure you’ve already sought medical advice for the problem but if you know that your eyes are going to start watering, it might be best not to drive in the first place.