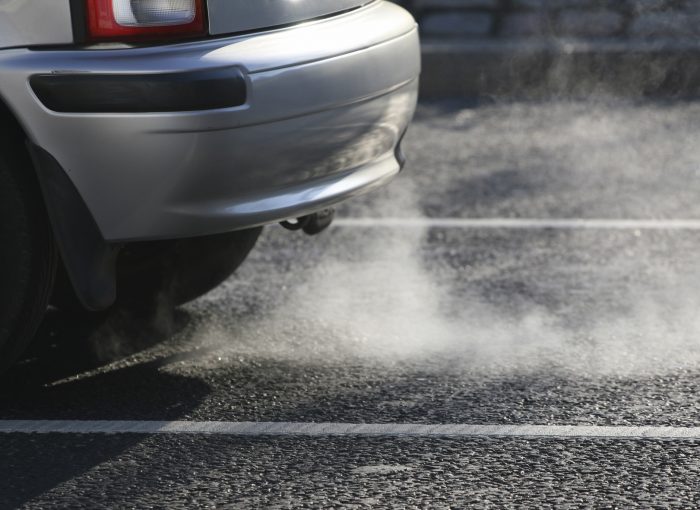 Our reader has a 2010 Ford Fiesta 1.6 diesel. He recently changed the timing belt and water pump himself. He now gets white smoke coming from his car exhaust pipe when the engine runs. We try to get to the bottom of it.

What does it mean when you see white smoke?

Annoyingly, you don’t just see white smoke from a car’s exhaust pipe for a single reason. One of the causes for the white smoke could be coolant getting into the combustion process.

There is a gasket (a mechanical seal when two different surfaces are joined together) between the engine block and cylinder head. This is called the head gasket. If that is leaking, coolant can be entering the combustion chamber. There it’s heated up, turned into steam and expelled as white smoke through the exhaust pipe.

A cracked cylinder head or engine block causes similar problems and has a similar end result. But it’s an awful lot more expensive to fix. That said, these are rare nowadays in production car engines.

The white smoke in this case

Our reader changed the car’s timing belt and we think this could be the problem. The timing for the valves to open so that diesel can be injected into the cylinder to be burnt is a very precise operation in a modern diesel engine. Injectors are controlled by the timing belt.

If there’s something wrong with the way the timing belt is operating, the wrong mix of diesel and air is being introduced to the cylinders and there could be a combustion problem. This might lead to the engine running too rich (too much fuel in the fuel/air mix) or fuel being improperly burnt. The result is smoke coming out of the exhaust that’s either white or a white-ish grey colour.

On cold mornings, you will probably see what looks like smoke coming out of cars’ exhaust pipes. This is actually steam. When cars are left overnight, condensation is formed in areas that have been hot then cooled down. As the engine cools, this moisture will accumulate in the lowest point, probably the exhaust.

After the engine is started, as it warms up, the accumulated condensation is heated up, turns into steam and is expelled through the exhaust pipe. It’s normal and nothing to worry about.

What should you do?

Our reader says that there’s no sign of the coolant level dropping. That’s what makes us think it’s something to do with the timing belt.

We would suggest in the first instance, they smell the smoke. A sweet smell signifies that there’s coolant getting into the combustion process. In this case we think that’s unlikely.

Obviously we have no idea of our reader’s capability as a mechanic. In any event, our advice would be to seek professional help. A mechanic with proper equipment and experience (and more importantly access to the car) will be able to diagnose exactly what the problem is.