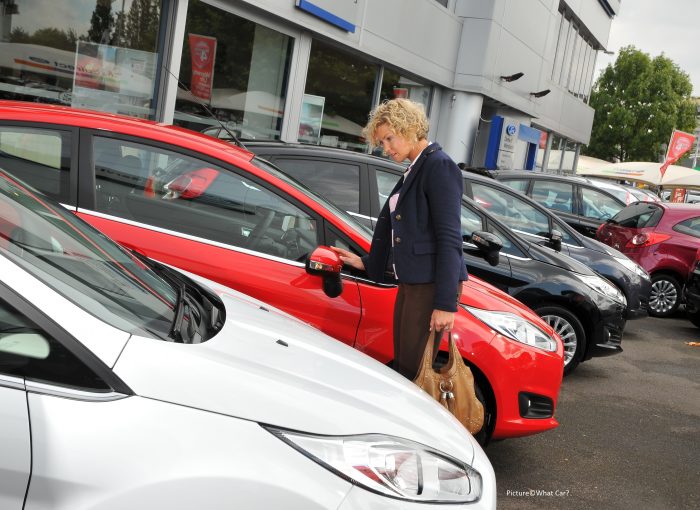 The government wants to ban the sale of new petrol, diesel and hybrid cars by 2030. Not unnaturally a lot of people are worried about what that will do to the value of their existing cars. Unfortunately, our crystal ball is being serviced but there are some scenarios we can predict.

What the ban means

It will stop car makers being able to sell new petrol or diesel cars from 2030 onwards. It doesn’t prevent people from buying used models. And it won’t mean we won’t be able to buy petrol and diesel at the pumps any more. New petrol-electric hybrid models will able to be sold until 2035.

It’s difficult to predict this without knowing certain fundamentals such as who is governing. And in nine years’ time, there might be serious conflict somewhere in the world having the kind of impact we can’t dream of. It’s also impossible to know what will happen in the run up to 2030. There might be a surge in sales of petrol or diesel models in 2028/29 as people prepare for the ban.

In the first case…

…the government’s ramp up of electric car charging points doesn’t happen as quickly or extensively as it needs to. Electric cars might still be expensive to buy, costly to charge (some public chargers cost up to nine times more than charging at home), and their range might not be significantly better than it currently is.

Currently, this is a likely scenario. In 2018, a study by EMU Analytics found that by 2020 a charging network of 100,000 public points would be considered ‘adequate’. Currently, (November 2020) we have around a third of that. If this continues, take-up of new electric cars could continue to be slow and the value of used petrol and diesel models might climb as they become more popular with frustrated car owners.

In the second case…

…the government might be on the pace when it comes to sorting out the charging infrastructure (we know, but stranger things have happened). The manufacturers might respond to the slow sales of electric cars by lowering prices and the cost of monthly payments or there might be significant government backed incentives. The government might also increase the duty on conventional pump fuels.

The cost of fuel is a major driver of people’s motoring habits. A dramatic increase in the price per litre of petrol and diesel could shoehorn people out of their combustion engine cars. If that’s the case, there will be increased supply of used models. Increasing take-up of electric cars means more used combustion engine cars around and simple economics dictates that petrol car values will fall.

And imagine if there’s been a huge hike in sales of petrol and diesel sales in the run up to 2030. Towards the end of the 30s, when drivers have got used to electric motoring and the infrastructure has caught up, there might be a glut of used models on the market. Again, this will cause prices of used petrol and diesel models to fall.

As time goes by

There will still be some people who want to continue driving petrol or diesel cars. There could become a burgeoning market in classic restoration companies. After all, the run-of-the-mill motor of today will be a classic by 2050. There might also be a boom in companies offering track experiences to drive ‘old-fashioned petrol cars’. Whatever happens, it’s not going to be boring.